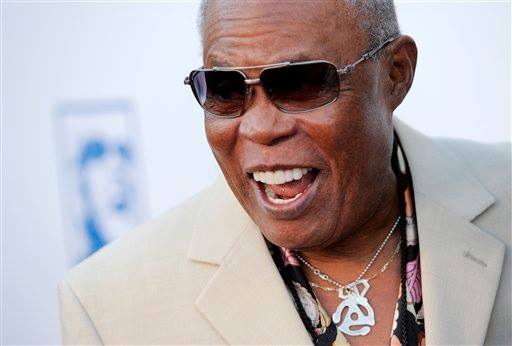 The CARTA Medallion is a new program, created by the College of Communication, Architecture + The Arts (CARTA) and the Tonkinson Foundation in 2020, that bridges the gap between prominent figures in the creative field and CARTA students.

The program enhances student experiences by creating unique joint programming with recipients that includes lectures, workshops, performances, exhibitions, masterclasses and more, while also giving the recipient a platform to bestow their wisdom on future creators.

The pillars of what encompasses a medallion recipient include positive influence through impact to the local, national and international community; contribution to social awareness, mental health and/or mutual understanding of public issues; or bringing about positive change to communities, government entities and other societal structures.

Born in Miami, Florida, Moore is widely regarded as one of the greatest voices of the soul music era. He began his career singing gospel music. In 1961, he, along with Dave Porter, started the soul and R&B group Sam & Dave and released a number of smash hits including “Soul Man,” which was inducted into the Grammy Hall of Fame in 1999, “Hold on, I’m Coming” and “I Thank You.”

He was inducted into the Rock & Roll Hall of Fame in 1992 and in 2008, Rolling Stone named Moore one of the greatest singers of the rock era.

Last March, Moore was honored at the Foundation for New Education Initiatives fourth annual For the Love of Learning Gala. The gala celebrated the great work of Miami-Dade County Public Schools in enriching the lives of over 354,000 young people and providing top-notch educational programs to ensure the future for our students and community.

Moore is also a longtime supporter of the FIU School of Music. He recently teamed up with his wife, Joyce Moore, to merge arts and business by providing masterclasses and educational sessions on their wealth of expertise in the music industry to FIU.

Congratulations to Moore on being the inaugural CARTA Medallion recipient!

To learn more about the CARTA Medallion program, visit https://cartanews.fiu.edu/tonkinson-foundation-to-enhance-students-experience-through-new-carta-medallion-award/