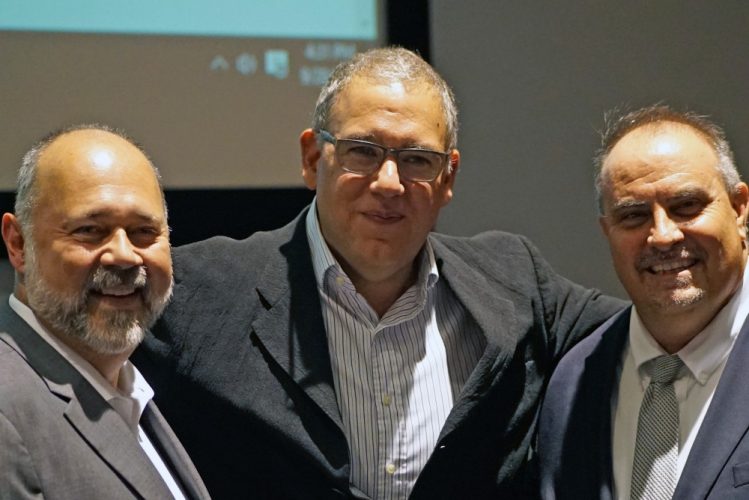 Anthony Faiola, ‘90 says his main focus as a student at FIU was to get an internship at the Miami Herald.

Four years later after working tirelessly for the paper, he joined The Washington Post where he is now the Latin America/Caribbean bureau chief.

“When I got to FIU, I was going to make sure that getting an internship at The Herald was going to happen and I pestered and pestered until finally they took me on,” says Faiola who recently spoke at an FIU Honors College lecture.

“They were paying me like $5 an hour and there was a limit of 20 hours a week that I could work for them, but I ended up working 40 or 50 at times,” Faiola says.

He has worked overseas for more than two decades, reporting as chief bureau in Berlin, London, Tokyo, Buenos Aires and New York, and covered global economics from Washington. His first foreign posting was in Buenos Aires.

He was announced the South America/Caribbean chief bureau last year, returning to Miami where he began his career.

“It’s a hard business and in my experience, I have found that it’s not always the people who are most talented that get ahead,” he says.

“What you need to have is unmitigated drive, you need to really want it and be prepared to put in countless hours.”