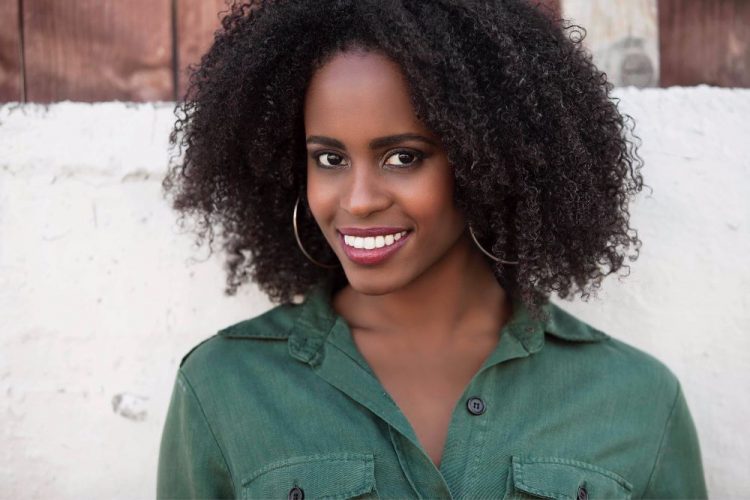 Darielle Williams, ‘08 said it was during her freshman year at FIU when she believed she had what it took to be a dancer.

Williams, who is from Trinidad and Tobago, said she first felt intimidated by other student dancers who had more experience in the art. She auditioned for Professor Augusto Soledade and to her surprise, she was chosen to be one of five principal dancers.

“I could not, at the time, imagine doing anything else but moving for a living. I came to appreciate dance as a medium of artistic expression, emotional release and for its educational and entertainment value,” Williams said.

Williams then went on to tour with Soledade, who eventually became an important mentor for her pursuit in dance. She joined his company Augusto Soledade Brazzdance and later transitioned to circus arts: aerial silk and aerial hoop, pole dancing, fire dancing and stilts.

She was the featured aerialist for Beyonce’s Formation World Tour 2016 after performing for two years in Le Rêve – The Dream at Wynn Las Vegas resort and casino. There, she was a Generalist for the water show, had an aerial chair and aerial hammock solo and played a seductress who executes a 50 ft. high dive into a pool.

“It was a major accomplishment to be the featured aerialist in Beyonce’s Formation World Tour. I could not have even dreamed that one up, but there I was traveling throughout the U.S. and Europe with one of the biggest artists in the world and performing in sellout stadiums,” Williams said.

To be a great dancer, however, comes with a price.

Williams said that to pursue more opportunities, she has had to give up living near her family who are still in Trinidad and Tobago. She said jobs usually come before any romantic relationship and that having children is deferred due to the physical demands of her career.

“I even gave up job security so that I have the time and freedom to train as much as I can and to be available for the jobs I really want.”

Despite the sacrifices, Williams is passionate about dance and she thanks the FIU dance department for having molded her into a well-rounded artist:

“Professor Thomas Hagood made sure the program was complete with diverse dance styles, choreography training, theatre training, kinesiology, grant writing and global perspectives. He also facilitated student choreography and made sure we gained experience working with guest choreographers. Professor Andrea Seidel taught me how to view dance, to absorb dance history, to be open minded and to utilize the art form to impact the community. Professor Gary Lund taught me how to create dances, how to operate lights and run a show. His creativity and years of knowledge and experience was admired by all his students. Finally, Professor Ana Gonzalez taught me not only ballet, but respect and responsibility.”

Williams is especially grateful to Soledade for teaching her to embrace her Caribbean roots as a jumpboard for creative developments. Therefore, she also took courses in race and ethnicity; Caribbean religions and Latin American and Caribbean history.

“Miami is my second home. I wanted to study in America but still feel like I was in the Caribbean. And in terms of weather, culture and diversity of the people there, I got what I wanted. However, Miami turned out to be much more – It is a place where creativity is explored by like-minded individuals in a community small enough to both hone and amplify your talent.”

She advises FIU students in the arts to never limit themselves in their artistic capabilities: “Try everything remotely close to your discipline and even things that are not – It would only help you become a better artist. Also, never believe it’s too late to go in a new direction artistically.”