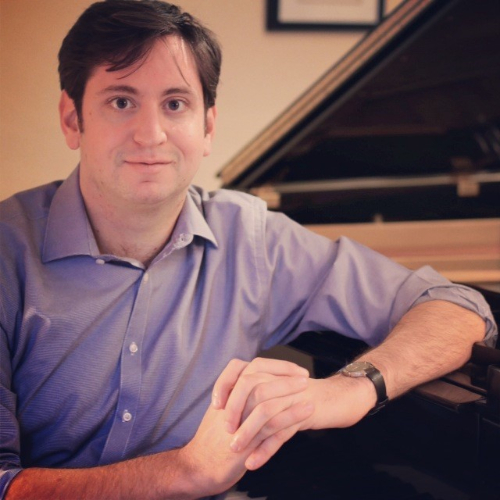 A celebrated classical pianist and businessman, who is also a member of the CARTA DLAB (Dean’s Leadership Advisory Board), Ronen “Ronnie” Segev has become one of FIU’s most prominent ambassadors. He has been instrumental in introducing and including FIU in local events which promote our university to all audiences – both those who are already supporters and those who are neophytes to the creative power and potential of our institution.

In a separate event, Tesla Motors teamed up with Park Avenue Pianos for a concert at the Tesla showroom on Lincoln Road which featured a mint condition grand Steinway from 1916, most recently used and signed by Tony Bennett. Classical, Broadway, and jazz selections were performed by local FIU students, the Amernet Quartet, celebrated NYC-based musicians Avery Amero, concert pianist Sophia Munoz (a 2008 Young Arts winner), as well as Serbian pianist Jelena Djukic.

Segev is also the Founder and Artistic Director of Ten O’Clock Classics (TOC), a performing arts group that introduces classical music and the arts to a broader audience. TOC created the education outreach program called Directions, which pairs inner-city, low-income youth with Julliard alumni mentors who provide private music instruction at no charge and free instruments. Segev and TOC believe initiatives like the Directions program are crucial in keeping the arts alive in an age where many public schools are being forced to cut or eliminate music programs.

Segev and his brother Gilad, individually and through their family foundation, have been dedicated proponents of CARTA. It is our honor to recognize one of their more important recent donations through the naming of the Segev Dean’s Suite at Miami Beach Urban Studios on Lincoln Road. Gilad Segev is Owner of American Lipo Centers .

We are excited to continue working with Ronen and Gilad as their philanthropy grows in support of FIU.