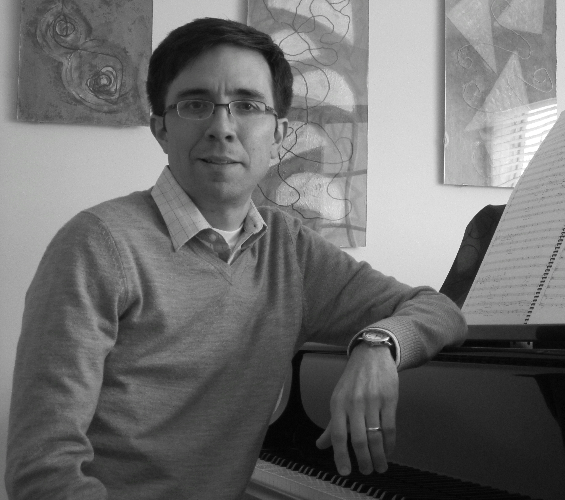 His awards shelf features the prestigious John Simon Guggenheim Memorial Foundation Fellowship, the Aaron Copland Award, a commission from Harvard University’s Fromm Music Foundation, and the Charles Ives Scholarship from the American Academy of Arts and Letters, in addition to fellowships from the Bogliasco Foundation, MacDowell Colony, and Atlantic Center for the Arts. His orchestral work Pasiphaë has been a recipient of the Jacob Druckman Award from the Aspen Music Festival and a winner of the New England Philharmonic Call for Scores. Grossmann has also received grants from the American Music Center, St. Botolph Club Foundation, and Meet the Composer.

Born in Peru in 1973, Grossmann moved to Brazil in 1989 upon the outbreak of terrorist wars in his home country. He moved to Miami in 1998 and enrolled in Florida International University’s master’s program in composition, studying under Orlando García and Frederick Kaufman. In 2004, he completed his Doctor of Musical Arts degree at Boston University as a student of John Harbison and Lukas Foss. From 2004 to 2010 he was professor of theory/composition at the University of Nevada, Las Vegas and became founder and co-director of N.E.O.N., Nevada Encounters of New Music. He is currently associate professor of composition at Ithaca College, where he also directs the Ithaca College Contemporary Ensemble. Grossmann travels constantly, giving lectures, serving as visiting professor, and hearing his works performed in countries such as Mexico, Turkey, Russia, Ukraine, Peru, Venezuela, Spain, Italy, Holland, and throughout the U.S.

“As a composer and teacher, my objective reaches beyond creating music. I am also deeply committed to bridging cultures, celebrating diversity and inspiring others to do the same.

My background is diverse. I was born of a Brazilian mother of Austrian descent and a Peruvian father. My inclination to music came from my mother´s family. My mother played the cello and the piano when young; my grandfather had studied piano at the Vienna Conservatory during the first half of the 20th century. My mother’s family immigrated to Brazil right before the Anschluss (my grandfather was of Jewish descent). My father was a U.S. –educated, distinguished Peruvian scientist, a university professor and a great role model for me. He also traveled around the world, bridging cultures with his science.

My music finds inspiration in the Andean pre-Incan culture, Latin American literature, abstract impressionism, among many other subjects. My recent compositions have paired pre-Columbian instruments with European ones. I am also deeply invested in teaching. Teaching composition can be a difficult task. Many question if it’s even possible. I believe in teaching that nurtures creativity and guides students through a process of self-discovery. I believe that composers must develop interest in all the arts, literature, philosophy and be aware of the importance of music and the arts in today’s society.”