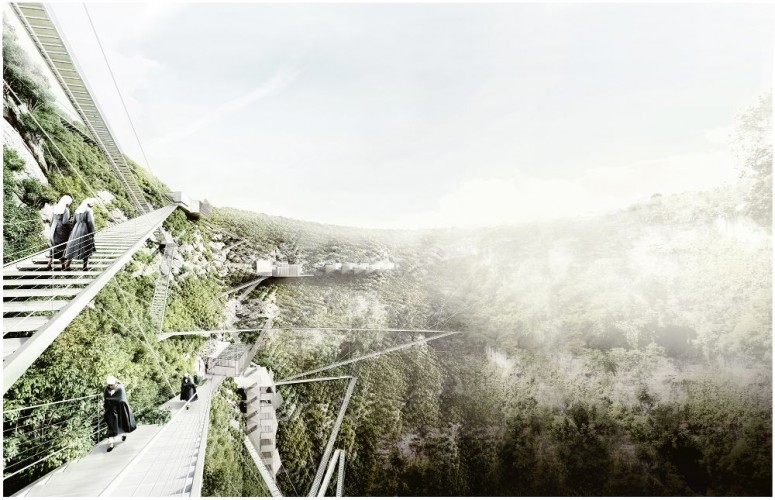 Javier Galindo ’03 was recently awarded the 2015 Rome Prize in Architecture by the American Academy in Rome, one of the most prestigious prizes in the field. He will spend a year working on a project entitled “The Created Fragment.” Galindo is an architect practicing in New York City where he is the founder of JGCH, an architecture and design practice he founded in 2013. He is also an Associate Principal and Senior Designer at Kohn Pedersen Fox’s New York office. This past year, his design for an abandoned factory in Detroit, The Packard Belt, won 2nd Place in the Reanimate the Ruins International Competition.

Javier was born and raised in Havana, Cuba and received his Bachelor of Design in architecture from Florida International University in 2003. During his time at FIU, he spent a semester in Rome studying under dean emeritus William G. McMinn. He continued his professional studies as Cornell University in Ithaca, NY where he earned a Masters of Architecture degree and was the recipient of the Best Thesis Prize in 2007. While at Cornell, he participated in several international studios, including some located in Israel and Portugal, and his work was featured in several publications and exhibitions. As the winner of the prestigious KPF Traveling Fellowship Prize, a $10,000 travel grant, he journeyed through Latin America to investigate the contemporary re-colonization of its “lost” capital cities.

Javier’s personal work aims to be situated at the intersection of the historical and digital project. It ravels in the expressive potential of our contemporary tools, while being guided by re-purposing the esoteric baggage of our discipline’s history. With the desire to produce a synthesis between narrative and form, his office interests lean towards the side of concept and storytelling, what is primitive and fragmentary, the allegorical and the sublime.

Javier has been a teaching associate at Cornell University and is often a guest review critic at Pratt Institute, Columbia University, and NYU.
In addition to architecture, he has an avid interest in producing drawings, oil paintings, and sculpture.