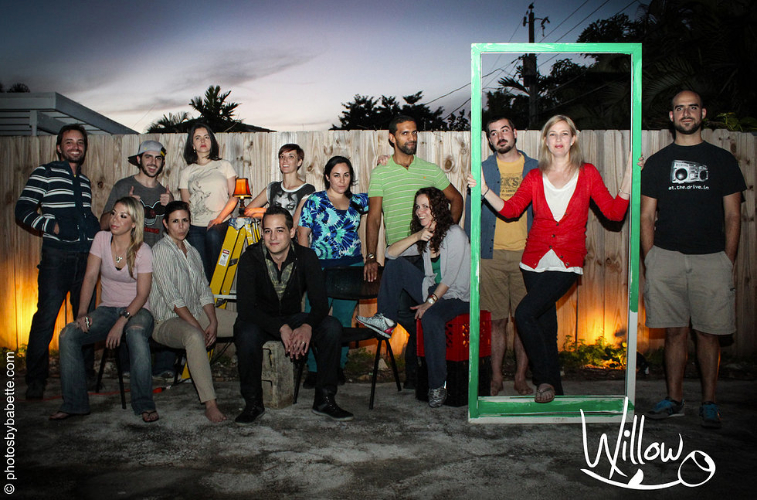 Ivan Lopez can be considered a master story-teller. Here, in his own words, is the story of how he found his calling in theatre.

“The summer between my sophomore and junior years at FIU, I took an Introduction to Acting class that completely changed my life. Up to that point I was focused on becoming an attorney. I had been the lead attorney on my high school’s state champion Mock Trial team and was working for the managing partner at one of South Florida’s biggest law firms. I took the class because I thought it would be fun and an “easy A.” Instead, found my passion that summer, and there has been no turning back since.

After a great amount of deliberation, I took the plunge and auditioned for the theatre program. I instantly felt like I had a found a home. I acted in six Mainstage productions during my time in the program. Then, because I couldn’t get enough, in the summers I produced shows with my friends in the DM-150 theatre. For my senior project, I wrote, directed, designed and acted in a one man show about Lee Harvey Oswald called The Lone Gunman. After three years in the program, I graduated cum laude with a BFA in Theatre in 2003. Since the program didn’t just focus on acting, I developed a love for all aspects of the theatre – something that would serve me well in years to come.

After graduation, I took a year to figure out my next step. I decided that pursuing an MFA was something I wanted to do. I auditioned for the National Theatre Conservatory in Denver, Colorado and was one of eight students accepted to the program in 2004 out of over 600 applicants. My three years at the NTC were truly transformational. I spent 70 hours a week focusing solely on the craft of acting and further developing the artistic voice I discovered while at FIU.

After earning my MFA, I moved to New York City, because frankly, that’s what everyone in my class was doing. I began auditioning for shows and commercials and booked a few things, but after a while I started realizing that my passion was starting to diminish a bit. I realized that I didn’t just want to be an actor; I wanted to be a storyteller. I produced a few shows with friends in New York and felt the passion start to re-ignite.

When it became clear that I wanted to produce my own work, I was inspired to move back home. One of my best friends from my FIU days, Melissa Almaguer, was also producing her own work. We had produced a few shows together during my time at FIU and we loved working together. After many conversations about art we began to develop a unified vision for a production company. I moved back home in 2010 and White Rose Miami was born.

White Rose Miami is not a traditional theatre company. We are, in many ways, blazing our own path. Instead of operating by seasons, where we would produce x number of shows a year, we decided to let our creativity and passion be the guide and work project by project. This style of working has led us to produce some truly unique events. Our friendship and trust, something that was developed over a decade ago at FIU, has allowed us to create a safe environment for our creativity to develop and flourish.

In 2011, we kicked things off with a production of David Auburn’s Pulitzer Prize-winning play Proof. As we began looking for venues in which to perform the play we quickly discovered that it cost a lot of money to produce a show and we simply didn’t have it. Instead of giving up however, a friend offered us his backyard, we built a porch (the play takes place on a Chicago porch), and performed the play outdoors. The audience commented on how they felt transported because they didn’t have to work so hard at believing they were outdoors. This cemented our love of non-traditional spaces. Since then, we have continued to follow the flow of our creativity. We have produced a variety of artistic events. Some highlights include:

Apart from my work with White Rose Miami, I have been an adjunct professor at FIU for three years teaching dramatic literature classes as well as the same Introduction to Acting class that ignited my passion over a decade ago. Every time I walk through the campus, I am astonished by the rapid growth of the university and draw a great deal of inspiration from it as I look to continue to grow in my own career. I will always consider FIU to be my home.

Currently, I am working on a few writing projects, including a novel. I consider myself a “Creative Explorer.” My personal mission is to explore the depths of my creativity and inspire others to do the same. So while I have a strong sense of where I’d like to go, I am never afraid to go in a new direction if my creativity guides me there. I live for the journey.”

To get more information about White Rose Miami, visit their website at www.whiterosemiami.com. 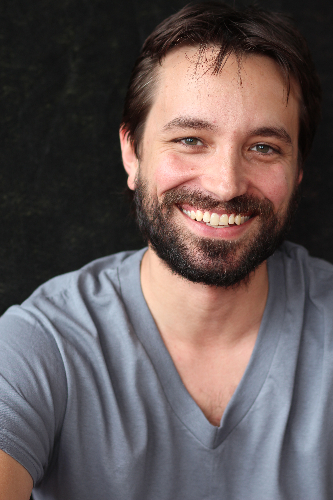