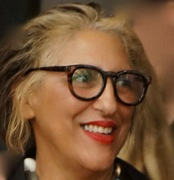 Charo Oquet, a Dominican multi-disciplinary artist based in Miami Beach, FL, has been at the forefront of artwork connecting visual art and activism, seeking new platforms for what has been called “relational aesthetics.”  Her practice encompasses collaborations, the creation of spaces, international events and networks.

In 1996, Oquet founded the non-profit arts organization Miami Arts Collaborative, which in 2004 became known as Edge Zones.  The organization has focused on multicultural programs such as the Dominican Arts Series, which brought guest musicians, performers, and visual artists from the Caribbean to Miami’s underserved Dominican, Haitian, and Puerto Rican communities. Since the early 90s, Oquet has been creating workshops for youth and adults in different settings, from art museums to schools for the blind as well as working with incarcerated youth, and from 2002-2005 she was a resident artist at Art Center South Florida, where she initiated and coordinated the children’s art camp as well as other educational art projects with local elementary schools.

Oquet’s ’s current works combines performance, video and installation addressing issues of spirituality, cultural identity, migration, gender, and sociopolitical and cultural issues. She has been exhibited in more than ten countries, and a 2002 large scale installation in Lanzarote, curated by the renowned late Spanish curator and editor Antonio Zaya, brought her critical recognition in the Europe, the United States and the Caribbean. Among the institutions that include Oquet’s work in their permanent collections are the Fort Lauderdale Museum of Art, the Frost Art Museum at Florida International University, Miami, FL, the World Bank in Washington, D.C; CAAM, the New Zealand National Museum, and Museo de las Casas Reales in the Dominican Republic. 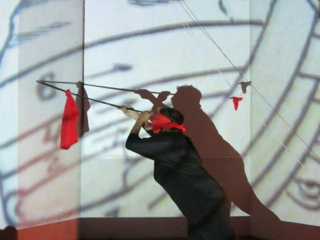