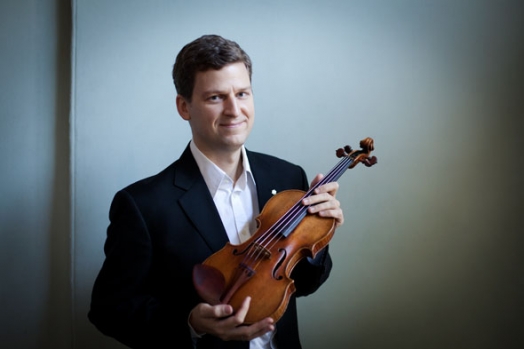 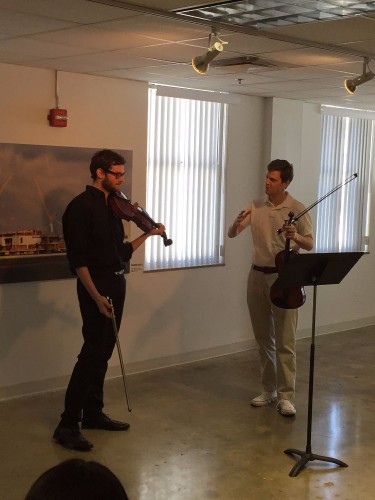 The Florida International University School of Music in collaboration with the Friends of Chamber Music of Miami will welcome returning violinist James Ehnes as the first artist to appear on the 2015-16 Distinguished Masterclass Series, beginning November 12.

Known for his virtuosity and probing musicianship, violinist James Ehnes has performed in over 30 countries on five continents, appearing regularly in the world’s great concert halls and with many of the most celebrated orchestras and conductors. An avid chamber musician, Mr. Ehnes tours with his string quartet, the Ehnes Quartet, and leads the winter and summer festivals of the Seattle Chamber Music Society, where he is Artistic Director.

Ehnes has an extensive discography of over 40 recordings featuring music ranging from J.S. Bach to John Adams. Recent projects include a CD of Franck and Strauss Sonatas, a recording of Aaron Jay Kernis’s Two Movements (with Bells) written for James, discs of works by Berlioz and Janácek, Khachaturian’s Violin Concerto paired with Shostakovich’s String Quartets Nos. 7&8, an American Chamber Music disc, a double CD of the complete violin works by Prokofiev, a disc featuring concertos by Britten and Shostakovich, four CDs of the music of Béla Bartók as well as a recording of Tchaikovsky’s complete oeuvre for violin. Upcoming releases will include works by Debussy, Respighi, Elgar, Leclair, Vivaldi, and Tartini. His recordings have been honored with many international awards and prizes, including a GRAMMY, a Gramophone, and ten JUNO Awards.

James Ehnes was born in 1976 in Brandon, Manitoba, Canada. He began violin studies at the age of four, and at age nine became a protégé of the noted Canadian violinist Francis Chaplin. He studied with Sally Thomas at the Meadowmount School of Music and from 1993 to 1997 at The Juilliard School, winning the Peter Mennin Prize for Outstanding Achievement and Leadership in Music upon his graduation. Mr. Ehnes first gained national recognition in 1987 as winner of the Grand Prize in Strings at the Canadian Music Competition. The following year he won the First Prize in Strings at the Canadian Music Festival, the youngest musician ever to do so. At age 13, he made his major orchestral solo debut with the Orchestre symphonique de Montréal. He has won numerous awards and prizes, including the first-ever Ivan Galamian Memorial Award, the Canada Council for the Arts’ Virginia Parker Prize, and a 2005 Avery Fisher Career Grant. James has been honoured by Brandon University with a Doctor of Music degree (honoris causa) and in 2007 he became the youngest person ever elected as a Fellow to the Royal Society of Canada. In 2010 the Governor General of Canada appointed James a Member of the Order of Canada, and in 2013 he was named an Honorary Member of the Royal Academy of Music, limited to a select group of 300 living distinguished musicians. James Ehnes plays the “Marsick” Stradivarius of 1715. He currently lives in Bradenton, Florida with his wife and daughter.

For the 2015-16 season, we will also welcome pianists Steven Hough, Joseph Kalichstein and Nikolai Lugansky. Our guest artists will coach three or four outstanding student musicians from the FIU School of Music. Admission is free and open to the public for observation.

The Ehnes Quartet will perform Beethoven String Quartets on the Friends of Chamber Music of Miami Series on Monday, November 16th at 8pm at the Coral Gables Congregational Church.