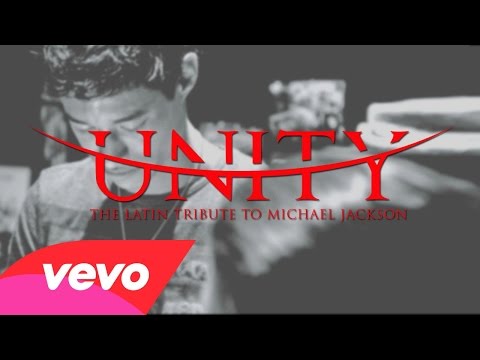 Tropical rhythms and Michael Jackson was the winning combination envisioned by FIU School of Music alumnus and former artist-in-residence Tony Succar (’08, MA ’10) when he began working on his latest album, Unity: The Latin Tribute to Michael Jackson, a salute to the King of Pop. This vision, embraced by over 100 Latin superstars dedicated to its success, will be brought to life for Miami audiences on July 2nd at the Olympia Theater at Gusman Center.

According to Succar, he called the album UNITY because of his desire to bring diverse cultures together through music. “The one thing that stood out in Michael’s music was love. The reality was unity,” Succar says. “I also wanted the title to stand for something: a real marriage between Latin roots and American pop culture, and to help keep Michael’s legacy alive.”

After Michael Jackson’s death in 2009, Succar, then still a student at the FIU School of Music, created and performed a salsa arrangement of Thriller with his band during the now-defunct Van Dyke Café’s annual Halloween party. Inspired by the positive reaction of the audience, he decided to produce a tribute album. To raise funds for production, he used Kickstarter and gigged endlessly around town, even performing for jazz legend and former artist-in-residence trumpeter Arturo Sandoval. After he obtained the necessary licenses to use Jackson’s music, which took almost three years, he worked with fellow FIU classmates to produce new arrangements of Jackson’s songs infused with Latin rhythms and was able to recruit his first high-profile vocalist, Kevin Caballo. The Unity Project was born.

After much anticipation, Tony Succar and his 30 piece band, along with award-winning Latin artists Jon Secada, Kevin Ceballo, Jean Rodriguez, Michael Stuart, Obie Bermudez, Jennifer Peña, and special guest Judith Hill, will perform at the Olympia Theater on July 2nd. World-class drummer Sheila E. will host this concert TV special, which is scheduled to air on over 400+ stations in the U.S. in prime-time for the PBS Arts Festival this coming October.

As an official sponsor of this event, FIU School of Music singers will join the performance singing back up vocals for three songs for the Unity concert. The singers include soprano Laura Martinez, soprano Naomi Mercado, alto Karla Gutierrez, alto Cindy Lopez, bass Rohan Smith, and tenor Angel Marchese, who will coordinate rehearsals with the director and production staff. On Thursday, June 25th, Succar and his band rehearsed several hits including “Billie Jean,” “Man In The Mirror,” and “Smooth Criminal“ at the FIU School of Music in preparation for his recorded performance.

TO LEARN HOW TONY STARTED HIS MUSIC CAREER