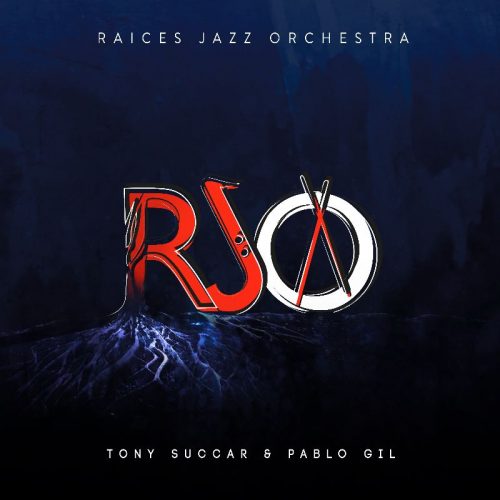 It’s been 10 years since two-time FIU graduate, Tony Succar, ’08, MA ’10, left our blue and gold covered halls to pursue his career in music. And he hasn’t stopped raising the bar since.

Just last November, Succar won two Latin Grammy Awards for Producer of the Year and Salsa Album of the Year. Since then, Succar teamed up with music artist, Dr. Pablo Gil and his Latin big band, Raices Jazz Orchestra (RJO), and released their self-titled first album.

The album, released in May, fuses jazz and Latin musical styles and features Grammy-winning artists like Richard Bona and Anaadi.

Succar says the inspiration for this album came from many different things – mainly his and Gil’s shared love of big bands and passion to express their Latin roots.

“I’ve always wanted to do a big band jazz album,” says Succar. “I grew up playing in big bands in school. And seeing as Tito Puente has always been my role model in the music realm – and he was an amazing bandleader of a big band – this has been a personal dream of mine for a while.”

“My favorite part about working on this album was learning about the different rhythms and cultures,” adds Succar. “The whole idea behind Raices is to bring together Latin roots with big band jazz. We were able to collaborate with some of the best musicians from Latin America and Spain. And I got to travel to counties like Peru, Brazil and Cuba to capture these recordings as authentically as possible. That was definitely very fun!”

The whole album took about two years to complete and features nine different tracks ranging from original compositions like “Raíces Jam” – one of Succar’s favorites to perform – to arrangements of classics like “Eye of the Hurricane by Herbie Hancock and “Mas que Nada” by Jorge Ben.

According to Succar, pulling off a big band album can be quite difficult because of how massive the production usually is with all the musicians and writing that goes into it, but they weren’t deterred for a second.

“My education at FIU definitely helped me with the writing aspect of the music,” says Succar. “Playing along with the FIU big band and having invited guest artists come teach, such as Arturo Sandoval, was also a great way to really understand the role of each musician in the big band. So, when creating RJO with Pablo, a lot of that came into play and I was able to pull some very good ideas that derived from all those past experiences in school.”