The Florida International University School of Music announces its 2016 FIU Music Festival (FIUMF) in celebration of the 20th anniversary of the Herbert and Nicole Wertheim Performing Arts Center, taking place on October 5, 2016 through October 28, 2016 located at 10910 S.W. 17th Street, Miami, Florida 33199. FIUMF will present over 12 concerts of music from Classical to Jazz to Latin America, performed by some of the best local, national and international performers, ensembles and orchestra. 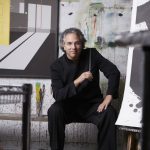 The FIUMF kicks off with the FIU School of Music’s newest member of the FIU Music Season, conductor Maestro Raffaele Ponti along with world renown FIU Artist-in-Residence faculty, violinist Robert Davidovici and pianist Kemal Gekic, in an evening of FANTASY & FANFARE with the FIU Symphony Orchestra, FIU Wind Ensemble & FIU Symphony Choirs on Wednesday, October 5. The program opens with the majestic Fanfare for the Common Man by Aaron Copland and concludes with the beloved Choral Fantasy by Ludwig van Beethoven.

MADE IN AMERICA on October 6, brings to the stage violist Chauncey Patterson alongside our vibrant FIU Artist-in-Residence Ensemble the Amernet String Quartet in a program of ambitious works including FIU Professor Emeritus in Composition Fredrick Kaufman’s work, Mobile, inspired by the creations of Alexander Calder, along with Dvorak’s American Quintet and Mozart’s Viola Quintet in B-flat major.

According to Artistic Director Karen S. Fuller-Veloz, “I am proud to be able to bring back the FIU Music Festival to Florida International University. Many recall that the Festival started in 1996 as a weeklong celebration and inauguration of the Herbert and Nicole Wertheim Performing Arts Center. This year as we celebrate the 20th Anniversary of the Center we bring back to the community one of FIU’s cultural gems. We have heard over the past couple of years the demand to bring this Festival back and we welcome 2016 with the FIU Music Festival and celebrate the 20th Anniversary of the Herbert & Nicole Wertheim Performing Arts Center!” 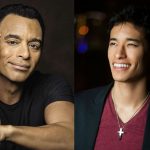 URBAN LANDSCAPES is not to be missed with four world premieres commissioned by the FIU School of Music taking place on our stage on Thursday, October 13th! The FIU Wind Ensemble and Women’s Chorus, led by conductors Brenton Alston and Kathryn Longo will bring these innovative new works to life in performance, coupled with a unique panel discussion with composers Sydney Guillaume, Orlando Jacinto Garcia, Scott Stinson, and Steve Danyew about their own creative process for the theme, “Urban Landscapes.” 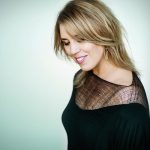 International Chopin Piano Competition medalist Gabriela Montero will perform an evening of SCHUBERT, SCHUMANN & PIANO IMPROV on Friday, October 14. Hailed by the New York Times for her “steely power” and “soulful lyricism,” Latin Grammy winner Gabriela Montero will wow audiences with original works inspired by her native Venezuela as well as masterpieces by Schubert and Schumann.

Cutting-edge performers, soprano Tony Arnold and pianist Jacob Greenberg, collaborate with the Amernet String Quartet on Wednesday, October 19th in CABARET, ARTS SONGS & THE QUARTET. For this performance, they will perform a number of cabaret and art songs of Arnold Shoenberg, Anton Webern, and Alban Berg, in addition to Helmut Lachenmann’s Got Lost. Our guest soprano will also perform the riveting Schoenberg String Quartet No. 2 with members of the Amernet String Quartet, recognized as “a group of exceptional technical ability” by the Washington Post.

The Mexico City Woodwind Quintet brings MUSIC OF THE AMERICAS to the Wertheim with a Latin American dances program with composers ranging from Argentina, Brazil, Cuba, Uruguay, and Mexico, on Thursday, October 20. Their clarinetist, Fernando Dominguez, performs his matinee solo debut at FIU on Friday, October 21 with selections from his latest CD, Black Crossfire (Negro Feugo Cruzado), a recording of works by Mexican contemporary composers whose works explore the expressive and technical possibilities of the clarinet. The concert, NEW MUSIC FOR CLARINET, will also feature a world premiere by FIU composer-in-residence Orlando Jacinto Garcia, in memory of his mentor the Dutch bass clarinetist Harry Sparnaay. 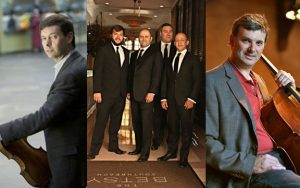 Long-time friends of the FIU School of Music, violist and President of the Curtis Institute of Music Roberto Diaz and cellist of international reputation Andres Diaz, return for an evening of DOUBLE SEXTETS: TCHAIKOVSKY & STRAUSS in a program of “Souvenir de Florence” by Tchaikovsky and “Capriccio” by Strauss with the FIU Artist-in-Residence Ensemble, Amernet String Quartet on Friday, October 21, 2016.

On Tuesday, October 25, 2016 the FIUMF turns to THE AMERICAN SONGBOOK to bring to the stage famed jazz vocalist Lisanne Lyons and the FIU Jazz Big Band, led by James Hacker, for an evening of swinging charts including “A-Tisket, A-Tasket” by Ella Fitzgerald, “I Just Found Out About Love” from the Diane Schurr library and many others!

From the Americas, to the Caribbean, to the ORIENT EXPRESS, the FIUMF comes to a close with Turkey’s rising star and pianist, Hande Dakilic, and FIU guitarist and Founder of the Miami International GuitART Festival, Mesut Ozgen, in a performance of music from Istanbul to London along the train route of the famous Orient Express on Friday, October 28, 2016.

The FIU MUSIC FESTIVAL is presented by the FIU School of Music and funded in part by the “México en Escena” from the Mexican National Fund for Culture and Arts, The Miami Herald, CultureForce, Consulate General of Turkey in Miami, and the Miami Dade County Department of Cultural Affairs.

For additional information, visit the 2016 FIU Music Festival on the following platforms: