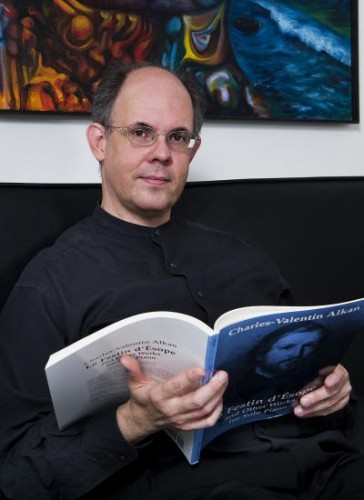 Piano professor elected to board of Alkan Society in London

Dr. José López, Associate Professor and Area Coordinator of Keyboard Studies at Florida International University School of Music, has been unanimously elected to serve a three-year term as Honorary Secretary on the board of the Alkan Society in London. López is the first FIU faculty member to sit on the board.

The society was created in 1977 to promote the education, understanding, and appreciation of the life and work of 19th-century French composer and pianist, Charles Valentin Alkan. Its membership base is worldwide and has a reputation for collaborating with similar musical societies throughout the U.K. and E.U.

Who was Alkan?
Charles Valentin Alkan was a Parisian-born pianist and composer closely associated with major figures of the Romantic era, including Chopin and Liszt. He composed – mostly for his instrument- some of the most intriguing and, at times, virtuosic works of the century. After becoming a reclusive figure due partly to personal disappointments, his music was gradually forgotten until major 20th-century pianists began to gradually resurrect it, especially during the late 1950’s and throughout the Romantic revival movement of the 1960’s.

Alkan was also an important member of the generation of Jewish composers who blossomed in the early to mid-1800s and included such figures as Felix and Fanny Mendelssohn, Ferdinand Hiller, Ignaz Moscheles among others. Several of Alkan’s piano works allude to his religious heritage, not surprisingly since he devoted part of his existence to the study of the Talmud and other religious writings. Known as an eccentric in many circles, his letters to selected fellow composers denote abundant wit and the personality of a free-thinker.

How did you first become interested in Alkan and his work?
As an undergraduate student at the University of Miami, I frequented the music library and stumbled upon Alkan’s Op. 39 etudes in the minor keys- which is perhaps his greatest work- on the level of Chopin’s two sets of Etudes and Liszt’s Transcendentals. As I delved more into the volume, Alkan’s personality (wit, sarcasm, bizarrerie) and his aesthetic- so different from Liszt’s for instance- became very obvious and my interest grew to almost an obsession. Alkan also presented an antidote to a typical pianist’s Romantic repertoire. Since then I have been gradually adding more Alkan works to my repertoire, including the few chamber music ones, and performing them in recitals. Alkan can be paired with so many other composers–friends or foes–even theme-orientated programs such as Jewish composers.

Tell us about your research interests.
The subject of Alkan’s music is at the center of my research which takes shape through performances, recordings, writing cd program notes, publishing articles in books and magazines, even typesetting into music writing programs and unpublished works.

Since my tenure promotion in 2013, I have recorded several cd’s for which I have also done research and written program booklet notes. In 2015, the U.K.’s Toccata Classics label, a label known specifically for its dedication to unrecorded repertoire and its researched booklet notes, released a premiere recording of my Alkan piano transcriptions of Mozart works, which received accolades from different reviewers including Fanfare Magazine, Musicweb International, Alkan Society, and especially, The Times (London). 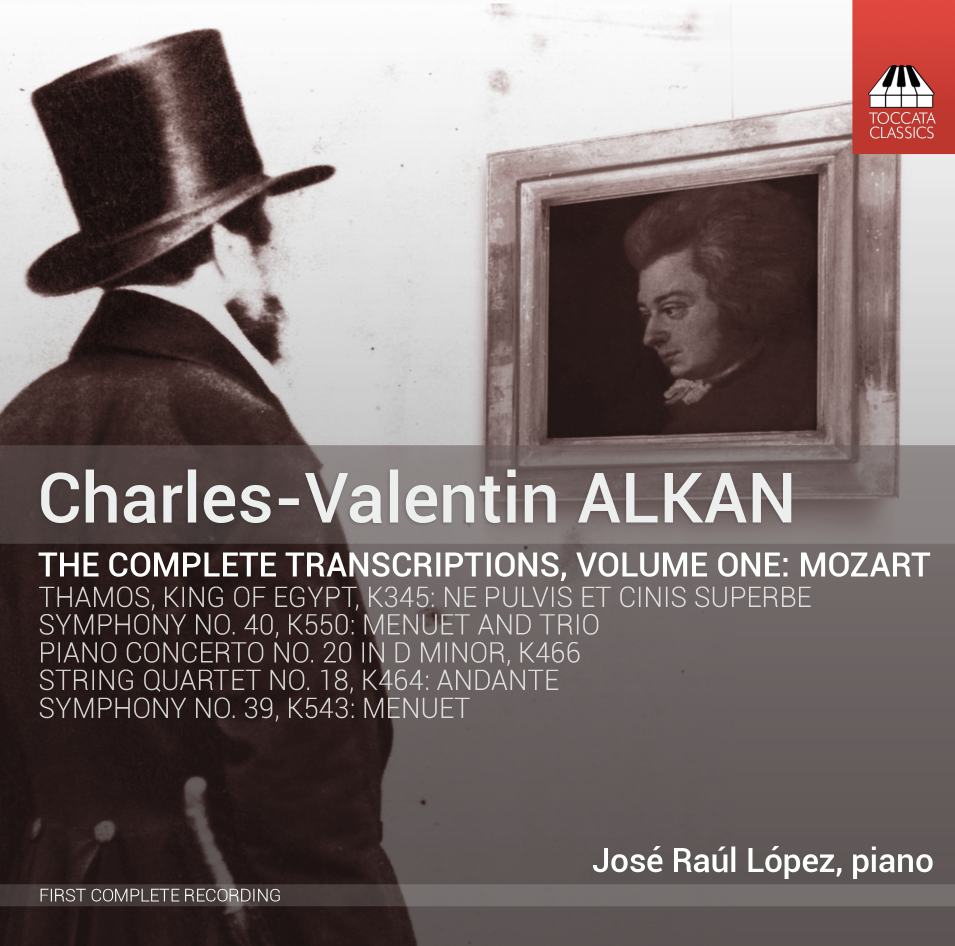 In 2016, on the same label, I also launched the start of a series dedicated to unknown Cuban-born composers dubbed “cubanos perdidos” by the label’s producer, Martin Anderson. That particular cd featured first recordings of Romantic composer José Comellas (1842-1888), including the 1st piano sonata ever written and published by a Cuban composer. Cuba’s heritage of classical music is composed largely of the following: the inheritance of colonial times and the subsequent influence of African and European musicians. But even after three hundred years of development, most Cuban composers remain unknown to international audiences.

Currently, I’m in the final stages of typesetting a very large number of solo piano works, most never before published, by the Cuban composer Nicolás Ruiz Espadero (1832-1890), including a unique set of 8 Transcendental Etudes. This enterprise will be published in Cuba (Fall 2019) under the series “Patrimonio musical cubano” headed by musicologist Dr. Miriam Escudero.

I will also record some of the works in the volume for Toccata, made possible with the Provost Humanities Research Grant. I am looking forward to next year when Dr. Escudero has offered me to prepare a similar volume, this time with 19th-century chamber works.

At FIU, you are chapter president of the American Liszt Society (ALS). How will your new position influence your programming decisions and commitment to this organization?

They complement one another. As an adventurous member of the ALS, I have purposely included Alkan on many of my performances in the Society’s annual national conferences. Now that I’m an officer in the Alkan Society, there is talk of mutual collaboration, possibly involving London members such as pianist Mark Viner who has recorded CD’s of Sigismond Thalberg, one of Liszt’s main rivals, to present a revival of the famous duel between Liszt/Thalberg here in the States, even perhaps at FIU. Should there be a future conference in Miami, there is no question that one of the dates will be dedicated to Alkan and other Jewish composers in Liszt’s circle.