The FIU School of Music and Miami Music Project have established a multi-level partnership aimed at improving the lives of under-served K-12 public school children in Miami-Dade County. 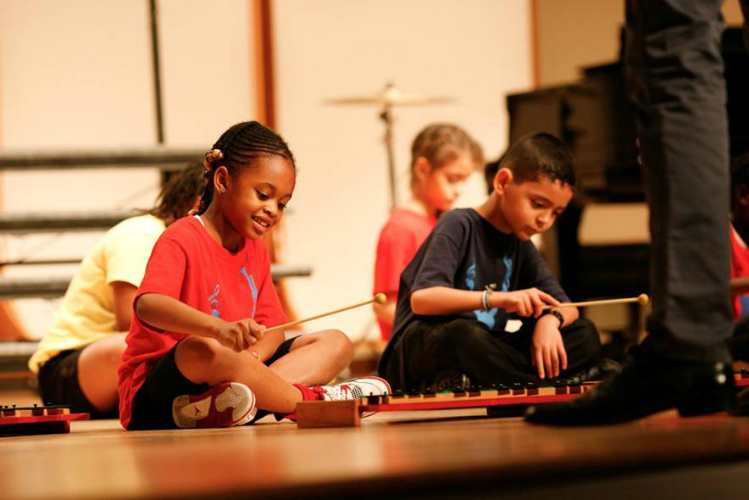 Miami Music Project (MMP), founded in 2008 by world-renowned conductor James Judd, seeks to empower children by providing free music education based on the “El Sistema” framework. Developed in Venezuela by noted economist and musician José Antonio Abreu, “El Sistema” was developed with the philosophy that all children should have access to classical training regardless of socioeconomic status.  Its high rate of success in Latin America and abroad prompted MMP to develop “El Sistema Miami” (ESMIA), which quickly became the second largest El Sistema-inspired program in the United States. Currently it serves close to 300 children, predominantly in the communities of Doral and Little Haiti.

In alignment with the School’s vision that music should be accessible to all, a scholarship fund was established in 2012 by FIU music director Dr. Orlando Garcia that fueled a collaborative effort between the School and MMP. This endowment enabled music research educator Dr. Cathy Benedict, along with a team of FIU music students known as Miami Music Project Scholars, to give back to the community by providing free, excellence-driven, weekly after-school music instruction, while simultaneously analyzing teacher pedagogical methods. According to Dr. Benedict, “we are looking at the ways, and by what means, participation in El Sistema enhances the lives of children who may be at risk. So far, it’s clear that the children are very engaged in this process.” This cutting-edge research is intended to guide further implementation of these programs, in addition to providing support for public school music education. 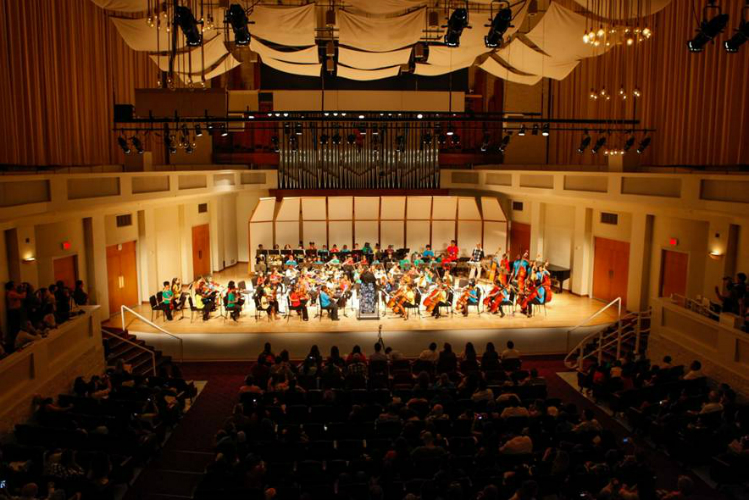 El Sistema’s approach to music education emphasizes intensive ensemble participation from the earliest stages. As stated by ESMIA Program Director Abiram Brizuela, “an orchestra resembles a microcosm of society, it is the best source for the young to learn to become successful citizens.” Nowhere is this idea more evident than after MMP’s successful Season Finale Concert held at FIU’s Herbert and Nicole Wertheim Performing Arts Center on Sunday, June 2nd. The event, sponsored in part by the NEA’s Challenge America Fast-Track grant, allowed musicians of ESMIA to collaborate with the Amernet String Quartet, FIU’s Ensemble-in-Residence, in a celebratory performance of Miami Music Project’s mission of social transformation through music.

After the performance, the Dean of College of Architecture + the Arts Brian Schriner announced the creation of the FIU-MMP Scholarship beginning in August 2013. The scholarship will provide an academically qualified MMP student who chooses to attend the FIU School of Music up to $1000 annually, renewable for up to four years.  Executive director of MMP Anna Pietraszko strongly believes that “this is going to be one of the most significant milestones for Miami Music Project. The FIU-MMP Scholarship provides the most meaningful extension of Miami Music Project’s educational work to the talented youth of our culturally diverse community. “