Panther Alumni Week (PAW) 2015 is FIU’s second annual alumni week of service, during which alumni are invited to return as guest speakers to inspire our students and share career advice. Guest speakers will visit our vibrant campus, experience today’s FIU, and reinvigorate their Panther spirit. This is also the perfect opportunity to visit a former professor or inspirational mentor. PAW is scheduled for the week of February 2-6. The School of Music PAW speakers include: 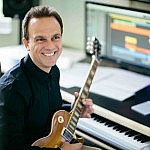 FIU music alumnus composer Carlos Rafael Rivera will be visiting Mesut Özgen’s Guitar Ensemble class. Rivera is a commissioned and award winning composer whose career has spanned several genres of the music industry. His soundtrack for Universal Pictures’ “A Walk Among the Tombstones,” starring Liam Neeson and directed by Scott Frank, is now available through Varèse-Sarabande Records. His music has been acclaimed by the Miami Herald, the San Francisco Examiner, and the LA Times, helping establish him as a composer with the unique ability of incorporating a large diversity of musical influences into his captivating compositions, which reflect his multicultural upbringing in Central America and the United States.

His work has been performed by some of the most prominent ensembles and soloists, including Arturo Sandoval, Colin Currie, Chanticleer, Cavatina Duo, the American Composers Orchestra (ACO), the New England Philharmonic, and the Los Angeles Guitar Quartet (LAGQ); commissioned by the Simon Bolivar Youth Symphony, the Miami Symphony Orchestra, and the American Wind Symphony; recorded by Warner, Sony, Naxos, and Cedille labels; published by Mel-Bay, and Doberman Editions; and awarded by the ACO, the Herb Alpert Foundation, the Guitar Foundation of America, BMI, and twice by ASCAP. He has served as Composer-in-Residence with the Miami Symphony Orchestra, as well as musical consultant for “Invitation to World Literature,” an educational series funded by the Annenberg Foundation and produced by WGBH. He is a voting member of the Recording Academy (Grammy’s), the Society of Composers and Lyricists (SCL), and is a highly sought-after guest composer and lecturer throughout the US. 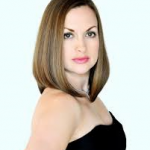 Ms. Bermudez has maintained an active private voice studio for many years and has recently joined the voice faculty of both Miami Dade College and the New World School of the Arts, Miami’s prestigious visual and performing arts magnet high school. Her students have been admitted to fine college vocal programs around the country, many with impressive scholarship awards. She served as a master teacher for the participants of the Professional Choral Institute, an initiative in 2011 and 2012 by Seraphic Fire, which aimed to educate talented pre-professional singers about the world of professional ensemble music. She is in demand as a visiting clinician for university music programs around the country and is currently the visiting Artistic Director the Civic Chorale of Greater Miami. 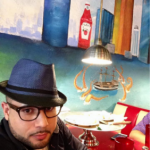 He has continued his professional career by fulfilling his childhood dream of being a soldier in the United States Army. A veteran of the U.S. Armed Forces, Chris Castro used his talents by attending the Army School of Music in Little Creek, Virginia and performing in U.S. Army Bands for over four years as the lead instrumentalist, performing for heads of state (including Presidents), government dignitaries such as Donald Rumsfeld, Governor Charlie Christ, Mayor Gimenez, and countless others. He currently is a Graduate Teaching Assistant at Florida International University, working on his second Master’s Degree of Instrumental Conducting after graduating in 2014 with a Masters of Music Education.

As a Graduate Assistant, Mr. Castro works alongside Dr. Brenton Alston (Director of Wind Ensemble & Chamber Winds) conducting the ensembles and also assists as an instructor for many courses at FIU. He has previously earned a Bachelor’s Degree in Music Performance at FIU. Chris often travels the world performing aboard Carnival Cruise Lines along with other guest artist and orchestras. Chris Castro continues to be involved heavily in all aspects of musical education for all age groups in the South Florida Area as well as around the globe. 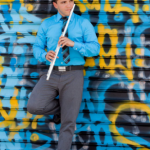 Ernesto Fernandez is currently an Adjunct Professor of Music at Miami-Dade College and at Barry University, where he teaches Flute.  He is also pursuing a DMA in Instrumental Performance with an emphasis in Music Business at the Frost School of Music.  He has performed in Italy, Mexico, Grand Cayman, Nicaragua, Toronto, Cleveland, New York, Washington D.C., Las Vegas, Chicago, Charlotte, and New Orleans.

Ernesto Fernandez is endorsed by Gemeinhardt Musical Instruments, Co.  He is a clinician and performer at state and national flute conventions, and gives flute masterclasses throughout the United States.  He remains a Henry Mancini Fellow and maintains a balanced musical career as a classical/Latin performer, educator and arranger.