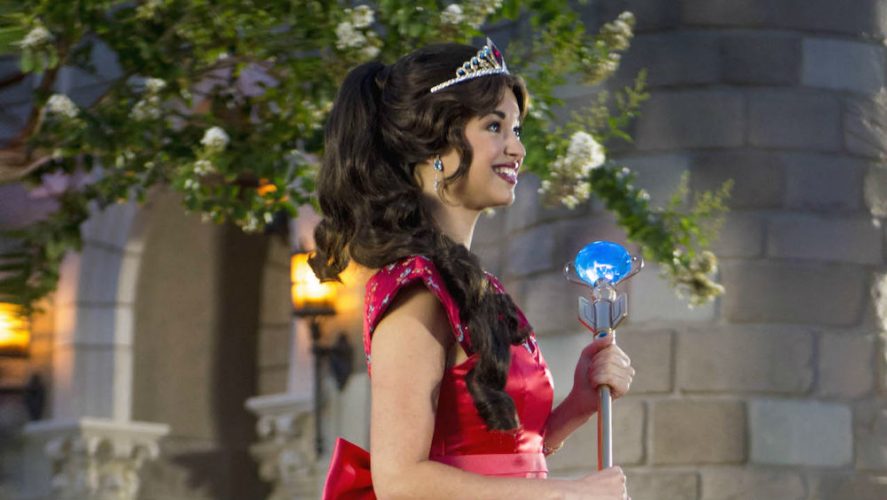 Nadya Borno, a vocal performance student in her junior year, will be playing a principle character role in Disney’s Latina Princess Elena’s Royal Welcome Show to be debuted on August 11 at Walt Disney World on the Magic Kingdom Stage.

Elena, the first princess to come from Mexican and Hispanic heritage, is the newest star of Disney Junior, having made its premiere of Elena of Avalor on July 22. Disney describes Princess Elena as “a confident and compassionate teenager in an enchanted fairytale kingdom inspired by diverse Latin cultures and folklore.” FIU Alumna Aimee Correro is the voice of the princess, but is widely known for her role in in ABC’s hit, Young and Hungry.

Born in Nevada, but raised in Miami, Nadya is the daughter of a Venezuelan mother and a Haitian father, who were both determined to make a new life for themselves in the United States.

She is an active musician who has been studying and performing for over 7 years. She is classically trained in music and has since broadened her repertoire to include a variety of vocal styles such as musical theater, pop and jazz, chamber music and reggae. At FIU, she sings in the FIU Concert Choir and has performed as a soprano soloist in the Herbert and Nicole Wertheim Performing Arts Center.

In addition to performing, Nadya spends much of her time auditioning, teaching, and volunteering. She is one of the lead music ministers for the Our Lady of the Lakes Church adult and children’s choir and operates as owner and character entertainer for her business, Song Spells Entertainment.

But it wasn’t until college that she realized that acting and singing was her true love, not graphic design.

“I began taking voice lessons with Dr. Vindya Khare and quickly realized how the music faculty have actively been a part of my growth as a musician in a variety of ways,” stated Nadya. “There is so much knowledge, experience, and practice that separates a ‘good singer’ from a musician and I absolutely believe that my time spent at the School of Music is the reason I have been so successful in the Miami scene. Everyone here is a valuable network.”

So, when Disney held auditions in Miami for the princess character’s royal welcome, she jumped at the chance to audition.

“The requirements for a role such as this one are very much typecast: You have to be a specific height and build, and you need to be able to sing, of course! Fluency in Spanish and acting were additional skills that they were looking for in this audition, and thankfully, I’ve been through enough training, experience, and auditions to properly prepare me for the gig of a lifetime!”