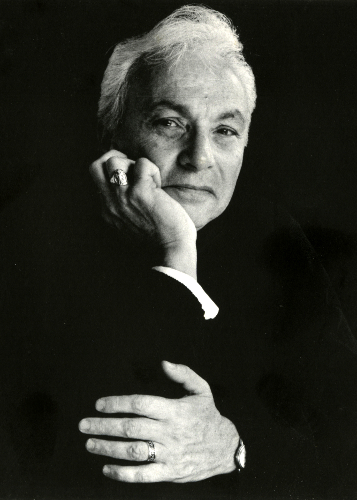 In 2011, Fredrick Kaufman completed the “Guernica” Piano Concerto, a commission for the Czech National Symphony Orchestra and concert pianist, Kemal Gekic. The “Guernica” Concerto premiered and recorded in early 2013, at the famed Smetana Concert Hall in Prague.

Fredrick Kaufman is a well-known American composer of over one hundred and thirty published compositions that have been performed worldwide by orchestras such as the Warsaw Philharmonic, the Israel Philharmonic, the Moscow Chamber Orchestra, the Moscow Symphony Orchestra, the Czech Radio Orchestra, among many others. He held the position of Composer-in-Residence at FIU,  was the founding director of the FIU School of Music for ten years, and established its internationally acclaimed FIU Music Festival. Currently, he holds the distinguished position of Professor Emeritus in Composition at FIU.

According to Kaufman, the three movement concerto takes it name and mood from the 1937 Pablo Picasso anti-war painting, “Guernica”, which serves as a testament to the horrors of war. It was painted as an immediate reaction to the Nazi’s bombing practice on the Basque town of Guernica during the Spanish Civil War. Kaufman himself, no stranger to the devastation of war upon the human spirit, was  a veteran of war in the Middle East. He has written several anti-war orchestral works, such as “Dance of Death”, “Lachrymose” Cello Concerto, and his widely performed  Concerto for Cello and String Orchestra, “Kaddish”. Kaufman states “I feel strongly that the time is right at this wild juncture of history  for a anti war composition that not only depicts the horrors of war, but cries out for peace, love, and a positive approach to life in the future.”

According to The Musical Review, a newspaper based in Prague, “Kaufman kept the classic schema of the instrumental concerto. At the same time, its individual parts reflect the composer’s understanding of one of the most important paintings in history. Kaufman’s concerto is a convincing, emotional, and vivid piece of music. It is “the pièce de résistance.”

The Music Review, equally impressed by Kemal Gekic, claimed that “His piano touch, musicality, and personal persuasiveness rank him among the most important living piano players.” Gekic has been Artist-in-Residence at FIU since 1999.

For more information about Kaufman’s upcoming events and cd releases, click here. The recording of “Guernica” will be released during the summer of 2013 and distributed worldwide by Naxos.  Also on the recording will be the much acclaimed “Kaddish”, Cello Concerto as performed by soloist Mark Drobinsky with the Warsaw Philharmonic, as well as his newly recorded “Seascape”.

PrevPrevious StorySUBTROPICS FESTIVAL
Next StoryApril is all that jazz with special guest, Andy Laverne- live webcast!Next