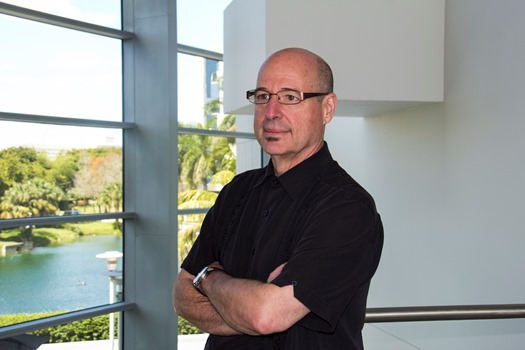 Dr. Garcia recently retired from the post of Director of FIU’s School of Music after a hugely successful tenure of four and a half years. In a whirlwind tour of global music, Garcia spent the early part of summer of 2014 in residence at MacDowell Colony in New Hampshire, where he completed two chamber works, one for premiere in Assisi, Italy in July (Suono Sacro ensemble) and the other for premiere in Madrid, Spain in November (Nuevo Ensemble de Segovia). Then he traveled to Elba, Italy, where he was been writing a new work for piano duo (Bugallo Williams Piano Duo). From Elba, he journeyed back to Assisi for the Suono Sacro Festival to conduct the premiere of the work written at the MacDowell Colony.

After his thrilling and extensive schedule for the summer and fall, Dr. Garcia will begin his time at the Miami Beach Urban Studios in the spring semester. One of his main goals is to incorporate the New Music Miami Festival (which he created and continues to oversee) into the MBUS programming schedule, and hold approximately ten to twelve concerts over the Spring academic term. In his words, “as the composer in residence at our Miami Beach Urban Studios I will be creating and curating new works to be presented at the Studios by our faculty, students, and guest artists and ensembles, bringing additional visibility to the space while continuing my work as a composer nationally and internationally.”

For more information on Dr. Garcia and his calendar of events, please click here.