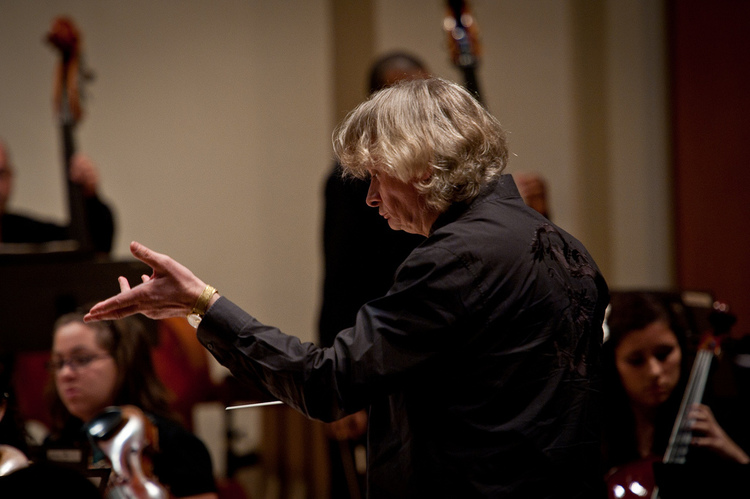 Grzegorz Nowak, director of the FIU Symphony Orchestra and the Conducting Program, has been appointed as the first Music Director of the Orquesta Sinfonica de España, beginning this season.

Grzegorz Nowak has served as Music Director of such orchestras as the Edmonton Symphony Orchestra, Polish National Opera in Warsaw, SWR Radio Orchestra in Germany, and Sinfonia Helvetica, and Festival Musique & Amitié Festival in Switzerland. He is Artist-in-Residence at the Florida International University in Miami, was honored with the Distinguished Teacher Award during his tenure as Asst. Professor at the Bowling Green State University in Ohio, and with the title of Honorary Professor from the University of Alberta.

In 2010, Grzegorz Nowak came to FIU from London, where he is the principal associate conductor of the Royal Philharmonic Orchestra.

Audiences will be able to see him and special guest Mark Gibson conduct the next performance of the FIU Orchestral Masterworks Series, set to take place on Thursday, January 22, 2015 at 7:30pm. To read more, click here.

To see the announcement made by Orquesta Sinfonica de España , click here.