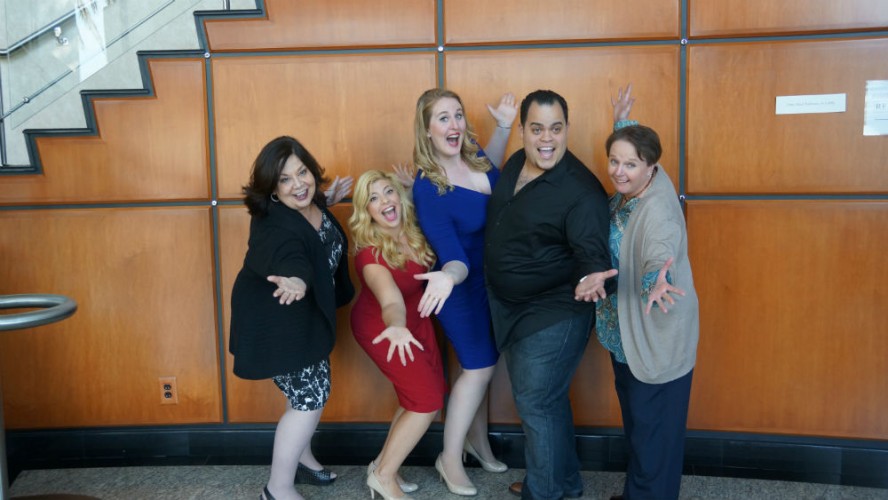 The Florida Grand Opera (FGO) recently announced the members of its 2015-16 class for its Young Artist Program, which includes three FIU School of Music graduates: Sarah Payne ’14, Laura Martinez Leon ‘15, and Edgar M. Abréu ‘15. According to the FGO, these talented vocalists were selected from more than 600 singers who auditioned for the program.

Interim Director of the FIU School of Music and Associate Voice Professor Robert B. Dundas stated, “All of us in the Division of Vocal Studies at the FIU School of Music are very proud of ‘our’ FGO Young Artists! Their success is a culmination of years of dedicated effort toward cultivating a vocal program that prepares young singers for the rigors and challenges of a 21st century career. It has been my personal pleasure to work closely with them as they developed their technical and artistic skills over the past few years; however, credit must be given to all of our faculty, the coaching staff, as well as the administration of the College of Architecture + The Arts.  It is a team effort, with all of us sharing the same vision and standard of excellence.  It is the university’s motto to be ‘World’s Ahead’ and each of these wonderful young artists lives that motto every day. I am confident that they will continue to succeed in the years to come, bringing honor to themselves, FIU, and their profession.”

“It’s simply the best thing that could happen to me at this time,” noted recent graduate Laura Martinez-Leon. “I am truly honored and can’t wait to start working alongside my friends. I don’t think I would have made it without the help of my voice professor, Robert Dundas. Since I began my studies, he believed in me, even when I didn’t believe in myself. I can’t wait to see how the next chapter of my life unfolds!”

About our FIU-FGO Young Artists 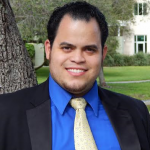 Tenor Edgar M. Abréu has appeared as a soloist for repeat Messiah performances and excelled as Don Ottavio in Mozart’s Don Giovanni under the direction of bass-baritone Dean Peterson. Mr. Abréu has participated in master classes by artists such as Helen Donath, Carol Farley, Marcello Giordani, Leona Mitchell, Sherill Milnes, and Virginia Zeani. In 2014, Abréu made his operatic debut as Lippo Fiorentino in Kurt Weill’s Street Scene with the FIU Opera Theater. Classical South Florida wrote “Edgar Abreu made the most of Lippo Fiorentino’s scenes, singing and dancing with abandon.” In February 2015, Mr. Abréu tackled the role of Le Roi Ouf 1er in Emmanuel Chabrier’s L’étoile with the FIU Opera Theater.

Abréu is Music Director and pianist at Our Lady Queen of Heaven Catholic Church and director of the summer piano and creative writing camp Teaching Outstanding PerformerS (TOPS) at Florida Atlantic University. He earned his Bachelor of Music in Vocal Performance from Florida Atlantic University in 2011 and just graduated with his Master of Music in Vocal Performance from Florida International University under the tutelage of tenor Robert B. Dundas. 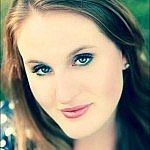 Soprano Sarah Payne, a native of South Florida, is a 2014 graduate of Florida International University with a Bachelor’s Degree in Vocal Performance. This past summer, Payne performed the role of Contessa Almaviva with the Miami Summer Music Festival under Maestro Michael Rossi of the Washington National Opera. After her stellar work with the festival, Ms. Payne spent two weeks in Salzburg, Austria studying with renowned American soprano Helen Donath at the Mozarteum University. During her time in Salzburg, she was named a finalist in the annual International Richard-Strauss-Competition and has been invited to take part in next year’s International Wagner Competition in Bayreuth, Germany. While at FIU, Payne performed the roles of Anna Maurrant in Street Scene, Poppea in Aggrippina, and The Governess in Benjamin Britten’s The Turn of the Screw with the FIU Opera Theatre, all under the musical direction of FIU’s Maestro Grzegorz Nowak. In January 2015, she was one of three winners at the Metropolitan Opera FL District auditions. 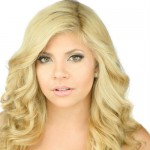 Laura Martinez-Leon is a natural Cuban soprano. She emigrated from Cuba to the United States in 2005 and just received her Master’s Degree in Vocal Performance from FIU’s School of Music. Martinez-Leon performed the role of Laoula in FIU Opera Theatre’s production of L’Étoile. She recently debuted in Opera Fusion with the show The Sopranos on January 24, 2015 and as one of the Divas in the three women show Dueling Divas, also with Opera Fusion on March 22, 2015.

Martinez-Leon has performed as a soloist with the prestigious Enrique Chia in a concert offered by the Cuban Research Institute of Miami this past December 7th and as a soloist in Messiah presented by Florida International University. Previously she performed the role of Königin der Nacht in the 2014 Miami Summer Festival production of Die Zauberflöte directed by Michael Rossi, Washington’s National Opera orchestra director. The same year she also portrayed the role of Marguerita Fiorentino, the coloratura role in the Modern Opera Street Scene presented by Florida International University in the Spring of 2014. Her other credits include Musetta in La Boheme and Pamina in Die Zauberflöte with Nyack College in New York 2012.

During the fall of 2013 she performed as Charito in La Leyenda del Beso with Pro Arte-Grateli, the leading Zarzuela Company in Miami. That same year Martinez-Leon was offered to sing an Homage Concert to Ernesto Lecuona, composed of 30 songs presented at Wertheim Art Center in commemoration of Lecuona’s centenary, hosted by the Cuban American Research Organization of Miami where she performed the composer’s lesser-known repertoire along with a few popular pieces.

In addition, she has established herself as the official National Anthem Performer for the Government Immigration Services for Miami-Dade County, where it has been her privilege to sing for the Mayor of Miami and other government officials in special ceremonies at the Freedom Tower in Downtown Miami.