The School of Music at Florida International is pleased to welcome a total of 9 faculty members for the 2021 – 2022 academic year. These highly accomplished educators will significantly enhance the School’s offerings and add great vibrancy to the FIU Music community. 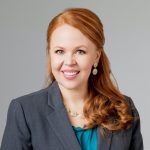 Dr. Erynn Millard, Director of Choral Activities
Dr. Millard holds a Ph.D. from Florida State University and prior to her appointment at FIU, she was the Choral Activities Director and Associate Professor at Minnesota State University. Her research interests include the role of competition in choral music education, choral music preferences, and honor choir audition procedures. Dr. Millard has been nominated for Cass-Clay YWCA Women of the Year (Arts and Culture) and MSUM Academic Excellence in Innovation. 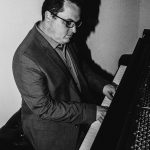 Dr. Michael Eckroth, Assistant Professor, Jazz Piano
Dr. Eckroth holds a Ph.D. from New York University and prior to his appointment at FIU, he was teaching at Dartmouth College. He is a pianist, keyboardist, arranger, and composer working in the genres of Latin jazz, Cuban, Brazilian, and various American popular styles. He recently arranged and recorded an album in Cuba with Pepito Gomez and Orquesta Akokan (Daptone Records) which has received rave reviews on outlets such as NPR and France’s FIP and received a Grammy nomination for Best Tropical Music Album. His newest album, Piena, will be released in September 2021. 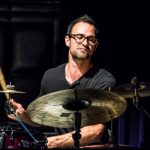 Ludwig Afonso, Jazz Drums Studio
Originally from Havana, Cuba, Mr. Afonso has obtained his degrees from the University of Miami in Jazz Performance and is an active Grammy-nominated working musician. He is currently working with various artists in the New York area including Martin Bejerano, Yosvanny Terry, Samuel Torres, and Grammy-nominated Sony recording artist Eldar Djangirov. 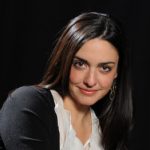 Eleanor Mendoza, Vocal Performance Studio
Soprano Eleanor Mendoza holds her Master’s Degree from Mannes Conservatory at The New School in New York City. She is an active pedagogue and teaches at Barry University. Over the last ten years, Eleanor has performed with the Chicago Arts Orchestra internationally in Mexico and Spain and nationally in Chicago, New Mexico and Indiana. She has created such roles as Susannah in The Marriage of Figaro by Mozart, Yum Yum in the Mikado by Gilbert and Sullivan and the role of Nannetta in Falstaff by Verdi. 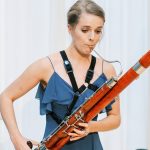 Julia Paine, Bassoon Studio
Holds her Master’s from the Shepherd School of Music at Rice University and currently holds a private studio. She has performed with a variety of orchestras including the Oregon Symphony, the New World Symphony, the Symphony of Southeast Texas, the Palm Beach Symphony, and L’Ensemble Chorale Georges Migot. As a soloist, she performed the Haydn Sinfonia Concertante with Le Violin d’Ingres in the Cathedrale Saint Martin des Champs in Paris. 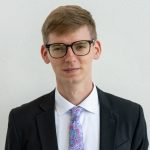 Benjamin Cahill Morris, Classical Saxophone Studio
Benjamin Cahill Morris Is obtaining his D.M.A. at the University of Miami and is currently a teaching assistant at the University of Miami. He brings his enthusiasm for the saxophone to the stage by offering new and inventive renditions of classic pieces of the repertoire. He is a strong advocate for the expansion of the saxophone repertoire and is constantly pursuing new music for the instrument as well as educating student composers on the sonic capabilities of the instrument. Benjamin is a founding member of the Deco Saxophone Quartet, one of four winners of the inaugural Artist Launch Competition at the Frost School of Music who will be performing at Carnegie Hall in February 2022 as part of their prize. 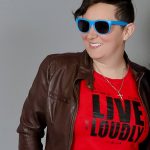 Mariana Restrepo, Music Business Recording Studio
Mariana Restrepo holds her Master’s from Berklee College of Music and teaches at Broward College. She is a singer/songwriter, music producer, drummer, and guitarist originally from Medellin, Columbia. She has performed in shows like The Latin Grammys, Premios Lo Nuestro, The Billboards, Premios Juventud and the music festival “Amor a la Musica.” Mariana has been the producer and engineer of several projects with different artists including Alexander Star, Jessi Campo, Jessi-O, Marcela Cardenas, Joel Ramos, Laura Lendorf, S.R.N.A. and many more. Recently, she has started to release her own music under the name of ZieM; a project where she participates as the singer, producer, engineer and composer. 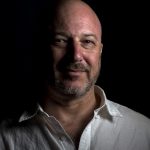 Dr. Russ Spiegel, Music Business Production Studio
Dr. Russ Spiegel his D.M.A. from the University of Miami and is a commissioned composer and arranger as well as a highly respected guitarist, producer, bandleader, writer, musicologist, and award-winning sound engineer. His music is performed by ensembles across the globe and he also travels the world teaching workshops and masterclasses in jazz composition, ensemble playing, and jazz guitar. Russ has released several CDs, scored a number of short films, and has appeared in several feature films and television shows as both a musician and actor. 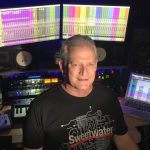 David Hillbery, Music Business Production Studio
David Hillbery holds his Master’s Degree from the University of Miami. He is an active pedagogue and teaches both at Broward College and Miami Dade College.