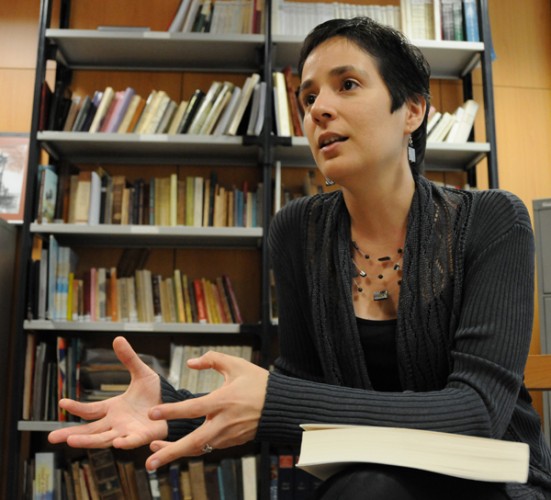 Dr. Miriam Escudero, recognized as one of Cuba’s leading musicologists, will present a free lecture at the FIU School of Music Recital Hall on Friday, April 24th from 2:00 – 3:00pm on the beloved 18th century musical works by Cuban composer Esteban Salas.

Dr. Escudero serves as director of the “Esteban Salas” Musical Heritage Cabinet of the Havana City Historian Office. She is also a professor at Colegio Universitario San Gerónimo, where she coordinates graduate studies in musical heritage preservation, and at the University of Arts of Cuba (ISA), where she teaches graduate-level courses. She is also director and editor of two ongoing series: Patrimonio Musical Cubano, published by CIDMUC, and Documentos Sonoros del Patrimonio Musical Cubano. For fifteen years she was a member of the internationally known Ars Longa, an early music ensemble that pioneered historical performances in Cuba.

Dr. José R. López, coordinator of Keyboard Studies and organizer of the lecture, explains its development: “Heledys Bory, a graduate alumna from the FIU School of Music, was instrumental in facilitating this important academic exchange, and the Cuban Research Institute (CRI) has provided a co-sponsorship. Dr. Escudero’s lecture will be the catalyst for a future study and performance of selected works by Esteban Salas and other 18th century Cuban composers by FIU’s resident early music ensemble – FIU Collegium Musicum – under the direction of Dr. David Dolata. It is our wish that this initial visit by Dr. Escudero will help foster a continued academic and musical dialogue between our two countries in the wake of President Obama’s administration’s ongoing re-examination of  relations between the US and Cuba.”

In addition to her lecture at FIU, she will donate important publications to FIU Library’s Special Collections. Her donation will include 7 volumes of liturgical works by Cuban-born composer Esteban Salas (1725-1803), additional scores of Christmas liturgical music by Spanish composer Juan París (1759-1845), religious works by Cuban-born composer Cratilio Guerra Sardá (1834-1896), and a volume of solo piano works by the 19th Century virtuoso Nicolás Ruíz Espadero.

For more information on the lecture, contact the Herbert and Nicole Wertheim Performing Arts Center Box Office at 305.348.0496 or at wpac.fiu.edu. Free and open to the public.