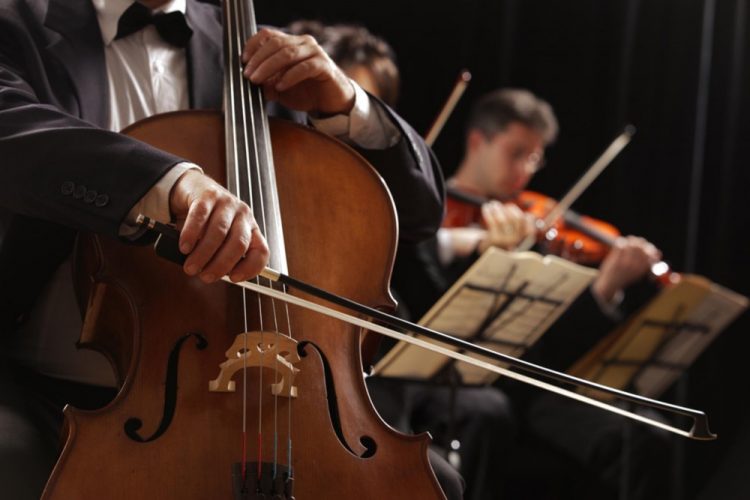 Update 9/18/17: Please check music.fiu.edu/concerts for our list of rescheduled and/or cancelled concerts due to Hurricane Irma. Please note that our October 6th season kick off at the Wertheim Performing Arts Center has been rescheduled to November 18.

The FIU School of Music announces its 2017-18 season of program offerings under the artistic direction of Karen S. Fuller-Veloz. The season will feature FIU’s own award-winning artists-in-residence, faculty, students, and alumni, as well as internationally acclaimed guest artists.

This season will feature a multitude of events, including performances by FIU’s Symphony Orchestra, Wind Ensemble, vocal and jazz ensembles; and a number of festivals including the FIU Music Festival, the New Music Miami ISCM Festival, and the Miami International GuitART Festival.

On October 6, the season will kick off with an introduction to FIU’s newest Orchestral Conductor, Javier Jose Mendoza, in a Latin American program designed to celebrate Hispanic Heritage Month. The popular Andalucia Suite by Cuban composer Ernesto Lecuona is on the program, as well as works by Jose Palo Moncayo (Mexico), Elbio Barilari (Uruguay), Arturo Rodriguez (Mexico), and Chicagoan Jonathan Metzinger, who creates crowd-pleasing settings of Hispanic folk music for orchestra. Afterward, the audience is invited to Meet the Maestro in a social setting with light refreshments.

The Keyboard Arts Series, directed by the Coordinator of Keyboard Program Jose Lopez, will present the annual Liszt Festival on October 21-22. Going strong for many years, the festival is dedicated to advancing knowledge about the great Romantic Hungarian pianist and composer Franz Liszt and is sponsored by the South Florida chapter of the American Liszt Society at FIU. The festival will feature FIU powerhouse and Miami International Piano Festival favorite Kemal Gekic, along with other FIU faculty, including School of Music Director and tenor Robert B. Dundas and Artist-in-Residence and violinist Robert Davidovici. The series will welcome Yun-Ling Hsu from the University of Central Florida, in addition to several free community concerts featuring alumni and piano students.

The FIU Music Festival will return in November with 9 culturally-diverse, exciting concerts featuring masters and world-class guest artists and FIU Artists-in-Residence. The festival will host:

In addition to the lineup of world-renowned guest artist performances, students, faculty and ensembles present a range of performances throughout the year.

The FIU Wind Ensemble has an ambitious season with their first performance taking place at the New World Center on October 26, along with Miami Arts Charter High School in program entitled, “Unleashed.” Later on November 22, the Wind Ensemble will perform a premiere of commissioned work by famed composer Thomas Sleeper at the Herbert and Nicole Wertheim Performing Art Center, to be followed by an All Bernstein! performance during the FIU Festival of Bands in February and a season finale featuring the “dazzling” timpanist Karli Vina late April.

The FIU Sings! Series has a varied and culturally-diverse program beginning with the celebration of sacred music brought about by the Protestant Reformation on October 28, a special performance of Jewish folk selections and music from the Great White Way on February 28, and April performances incorporating the sounds of Latin American rhythms with Zarzuela and Art Song on April 12 and the return of Amazonia Vocal Ensemble on April 13.

The Amernet String Quartet, FIU’s Ensemble-in-Residence, will not only have a presence in all of the School’s festivals throughout the year, but they are bringing their “virtuosic brilliance” back to Miami Beach. On December 4, they will be joined by mezzo-soprano Rachel Calloway at the Jewish Museum of Florida where they will dazzle audiences with an evening of music ranging from cabaret to Broadway. On March 5, they head to FIU’s Miami Beach Urban Studios along with distinguished cellist Yehuda Hanani for Anton Arensky’s Cello Quartet.

This spring, the FIU Opera Theater will delight audiences with two short operas by Giancarlo Menotti, the Miami International GuitART Festival celebrates its 3rd year at FIU, and the New Music Miami ISCM Festival (NMMF) will welcome an array of innovative and well-known contemporary composers and performers from January 17 through April 11.

NMMF provides exciting performances along with panel discussions with the invited guest artists at the College of Architecture + The Arts | Miami Beach Urban Studios and The Betsy Hotel on Miami Beach. Festival highlights include the debut of the International Society for Contemporary Music Taiwan Ensemble on January 31 and Amernet String Quartet performances featuring the music of Havana and Miami on January 17 and a Holocaust Remembrance Concert on April 11. There will be appearances by celebrated guest composer Rand Steiger, percussionist Greg Stuart, the Calloway-Sudol Duo, pianists Sarah Cahill and Keith and performances by the FIU NODUS Ensemble.

Audiences will now be able to hear FIU Music faculty, students and alumni on the weekly FIU Music Hour on WDNA 88.9FM each week. Produced by Karen S. Fuller-Veloz and hosted by FIU bassist, Jamie Ousley, the music hour hour will be filled with jazz, broadway, classical crossovers and much more! You’ll hear original compositions, catch up on the latest cd releases, and find out about performances by FIU Jazz ensembles including the Studio Jazz Big Band led by James Hacker this season.

Tickets are on sale now. General subscriptions to the FIU Music Festival are available for $60. Single ticket admission ranges from $5-15 for most performances. There are substantial savings for FIU faculty, students, alumni, and seniors. Students 18 and under are able to purchase Miami Youth Tickets for only $5. Student discount rates are also available to individuals attending a college or university who are under the age of 26 with a valid I.D.

To view an entire calendar of events and purchase tickets, visit FIU School of Music at music.fiu.edu/concerts in person at the Wertheim Performing Arts Center Box Office or by phone at 305-348-0496.