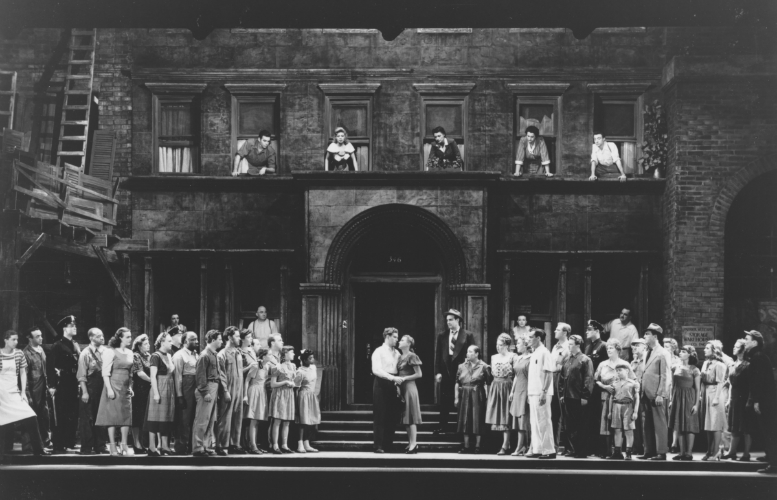 Kurt Weill’s American masterpiece “Street Scene” will be presented by the FIU Opera Theater on March 1st and 2nd.

Drawn from the 1929 Pulitzer prize-winning play by Elmer Rice, it garnered Weill his first Tony Award for Best Original Score.  A blending of operatic arias and ensembles, musical comedy songs and dances, and extraordinary emotional drama, “Street Scene” is Weill’s most frequently performed American stage work. Weill, who was an immigrant to America much like the characters in “Street Scene”, was emotionally committed to the music that portrayed the everyday romances, squabbles, and tensions between the Maurrant family and their neighbors in the East side of Manhattan in New York.

“Street Scene” is being performed by members of the FIU Opera Workshop, actors from the FIU Theatre Department and members of the community, including children from the theatre program at Espinosa Academy and Conchita Espinosa Conservatory of the Arts. Leading roles will be sung by soprano Sarah Payne as Anna Maurrant, bass-baritone Darren Littman as her husband Frank, and soprano Evelyn Saavedra as their daughter Rose. Tenor Scott Tripp plays Rose’s neighbor and love interest, Sam Kaplan. The children include Tatiana Perez,9, Gabriela Garcia-Urbay,10, Elise Lopez,10, Nicole Medina,11, and Julian Perez,12. They have acted and sang under the direction of Loly Lopez for several years now and have been in productions such as “Willy Wonka and the Chocolate Factory” and “Little Mermaid”. With over 85 performers in the cast, it will be the largest FIU Opera Theater production to date.

Robert B. Dundas, the Director of the FIU Opera Workshop, is the stage manager for the production. Musical direction is provided by Conductor Grzegorz Nowak who will direct the FIU Symphony Orchestra. The opera will be presented in the Herbert and Nicole Wertheim Performing Arts Center Concert Hall on Saturday, March 1st at 7:30pm and Sunday, March 2nd at 3:00pm. Audiences for the Saturday performance will be treated to a pre-event lecture at 7:10 pm by Weill scholar Joel Galand on the genesis and early reception history of “Street Scene”.

Tickets to the production are $5-15 and are available at the Wertheim Performing Arts Center Box Office,  at wpac.fiu.edu, or by calling 305-348-0496. More information is available online by clicking here.