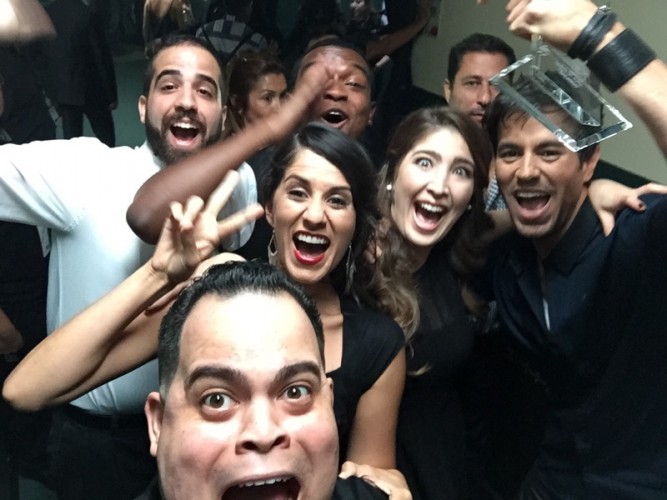 So, when FIU Director of Choral Studies Kathryn K. Longo received a phone call from NBC Universal Producer Diego Pirogovsky inviting five of her students to perform at the Latin Music Awards on Thursday, April 30th, she was thrilled at the opportunity. Mr. Pirogovsky and his associate Richard Perez, a Talent Specialist, were already familiar with the high level of musicianship at the School of Music since they had spent some time on FIU’s campus as students.

“Together, the students and I have created short arrangements of each song, using the strengths of each singer.” Longo notes. “It has been so much fun fitting our students’ voices with the unique character of each Latin artist and their songs. The students continue to impress me with their ability to skillfully transfer their training as classical musicians to the Latin Pop genre. Their artistry is rooted in their various backgrounds which provide the ability to sing and arrange music in many styles and languages, exemplifying the diversity and versatility of the FIU music student.” 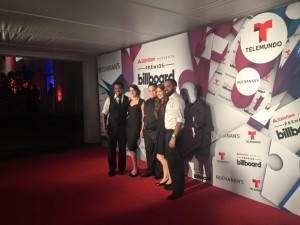 Vocal students Kathy Maichel, soprano; Karla Gutierrez, alto; Edgar M. Abréu, tenor; Adolfo Rodriguez, baritone; and Roberto Lopez-Trigo, bass presented the nominees for the category “Latin Pop Song of the Year” by singing an a cappella arrangement of the refrain of each song, listed below:

Gutierrez, a music technology major, said of the experience; “since I received the invitation from Dr. Longo, I was really excited to be part of an important event that I have been hearing about for years!  I see it as an opportunity to expand my musical repertoire and to connect with the music in a different way. The energy at the Awards is something that I’ve never experienced before . . . I even got to meet Enrique Iglesias!”

To learn more about the Billboard Latin Music Conference and Awards, click here.

PrevPrevious StorySo You Think You Can Camp?
Next StoryAmernet String Quartet Performs at SOLUNA Festival in DallasNext