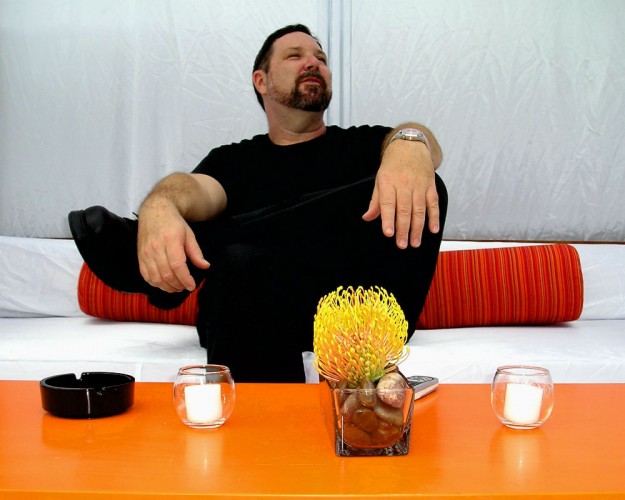 School of Music professor, Robert C. Grabowski, gave a lecture about the unexpected side of guitarist Pat Metheny entitled “Metheny, The Pat that you know and the Pat you don’t!” last Tuesday, April 26th as part of the WDNA Jazz History 2015-2016 Lecture Series.

Robert C. Grabowski is an educator, author, bassist, Jazz historian, composer, arranger, audio engineer, and visual artist and has held the position of Adjunct Professor in Jazz Studies at Florida International University for over twenty-five years. Throughout the year, he teaches jazz history to approximately fifteen hundred students and has written the text for the course, “The Evolution of Jazz In America,” now published as an e-text by Kendall-Hunt Publishing.

As an active bassist in the Miami jazz scene, he has produced major concerts and festivals for both academic and public venues. He has just completed his 8th season as Jazz Historian-in-Residence the Larry Rosen Jazz Roots Concert Series at the Arsht Center and is hosting his own intimate Jazz series at Café Moka in Tavenier in the Florida Keys.

According to Grabowksi, “When I do jazz gigs, I often treat myself and the band by playing a couple of Metheny tunes. Audiences like them too, but even when I do a solo guitar gig, it’s so great to let your hands play one of his compositions. Everytime I play one I know or learn a new one, his process becomes clearer to me. A great deal has been written about him and I feel there’s room for some scholarly interpretation of the process. Unofficially, there are many jazz musician admirers of Pats music that we actually identity ourselves as Methenyheads!”

This free lecture series will take place in the WDNA Jazz Gallery and includes presenters such as Chuck Bergeron, Nat Chediak, Dr. Ed Calle, and Frost School of Music Dean Shelton “Shelly” Berg. The series concludes with a lecture by Jim Gasior on Tuesday, May 31st.