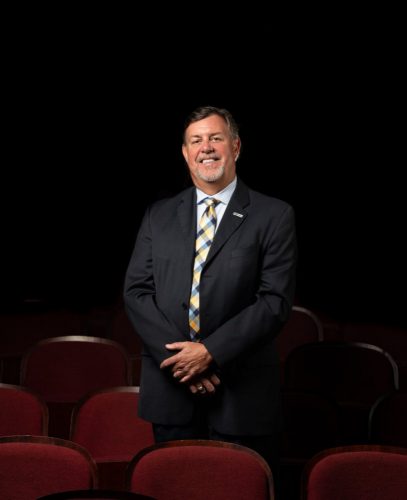 Joining the FIU Music family in 2010, FIU Marching Band Director Barry Bernhardt revived the Marching Band and Athletic Band program and, through their performances, has continued to bring Panther Pride to the FIU family year in and year out.

Aside from FIU, Bernhardt has worked on the Production Staff of WorldStrides Onstage Performance – formerly known as Bowl Games of America. As part of its production staff, Bernhardt put together high school bands for major NCAA Bowl Games. He started out as a field assistant and was then given the opportunity to conduct his first show for the 1993 NCAA National Championship at the Sugar Bowl when the University of Miami played the University of Alabama. Since then, he has conducted the HS Massed Bands at six NCAA National Championships and has been invited to conduct the halftime show for the 2020 Allstate Sugar Bowl.

WorldStrides gives students all around the world to experience travel and education in a safely planned and monitored environment. One of the many opportunities, spanning all subjects, is a highly prestigious performing arts program. From performing in Carnegie Hall to marching in the Sugar Bowl, WorldStrides helps students from over 10,000 K-12 schools achieve amazing goals early on in their careers.

Years of conducting bands later, the feeling still remains for Bernhardt: “Even though I have done this for almost thirty years, I still feel very blessed to have these opportunities to work with some of the finest high school bands in the nation…”

“I am humbled by the opportunity to make music and build fine, upstanding young citizens every day. It’s never about me, it’s about what I can give the students. I don’t always teach music…. most of the time, I feel that I teach life!” Through his professional work, Bernhardt has brought along several young musicians to FIU, following their Bowl Game experiences. FIU and WorldStrides give Bernhardt the opportunity to do what he loves most on a daily basis.

The 2020 Allstate Sugar Bowl is an annual college football game that takes place on New Year’s Day. It has a long-standing history in the upper echelon of college football. With the first game being played in 1935, this year’s 86th Sugar Bowl helps round out the Big 6 New Year’s Day bowl games. The Sugar Bowl, along with the Orange Bowl and Sun Bowl, are the second-oldest bowl games in college football.  During its time, the Sugar Bowl has entertained over 6 million live fans in New Orleans and is one of the most attended games each year, this years game at the Mercedes-Benz SuperDome is no different. Barry will be entertaining almost 75,000 people next year when the halftime show begins. You can tune in on January 1st, 2020 at 8:45, where college teams will play in New Orleans, Louisiana for the Sugar Bowl title!