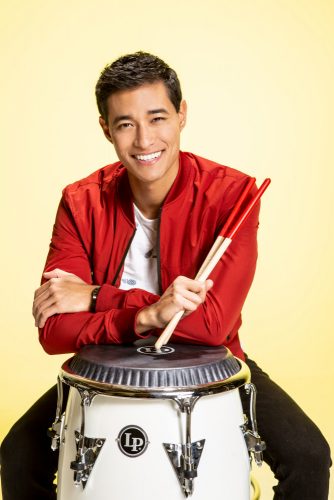 FIU alumnus, Tony Succar, has been setting the bar higher and higher since he discovered the magic of music from a young age. Before his graduation in 2010, Succar established his own record label: “Mixtura Productions Corp.” Since then he has scored a Latin Grammy nomination, and produced his latest album “Mas De Mi”!

Where do you work?
I’m self-employed, own my record label, production company, and I am also a producer/bandleader!

How has FIU helped you get to where you are today in your career?
It’s been the foundation of everything. Luckily, the School of Music has an incredible faculty. Every teacher was special… it was easy to learn. They made it fun.

The other cool thing was that there was so much cultural diversity at the school. So, learning from different cultures – it showed in the music we would create. We would mesh so many different musical styles and it prepared me big time for the real world because, once I went out of the academic realm, it was easy for me to adapt to different musical styles.

What path did you take to attain your current career?
I didn’t want to be just a regular gigging musician or recording musician. I wanted to become a brand, be a bandleader, and make my own productions. So, I decided to be more of an entrepreneur in music. I was fortunate enough to take some amazing music business courses that truly gave me that concept and helped me out big time to take that first big step.

What’s been the coolest thing about your job so far?
I’m surrounded by music all day long. Life is about creativity, about making stuff from nothing, that touches people’s hearts. Making people dance… and I get to travel the entire world while I’m doing it. It’s pretty awesome!

What does a typical day for you look like?
It always changes… If I’m not on the road touring, I’m at the studio writing songs, writing arrangements… If I’m not doing that, I’m at business meetings, or I’m shooting a music video. There really isn’t a typical day, that’s the cool part.

How does your job connect back to your coursework?
It’s basically very similar. The ensembles are pretty much like how it is in the professional band setting. You must be super professional, on time, know your parts, be prepared, etc.

Were there any classes or professors that influenced where you are today?
Yes, for sure. Michael Orta… He was truly the best; I miss him so much. If it weren’t for him, guaranteed, I would not be who I am today. He opened the doors for me and guided me along that right path!

What advice do you have for students interested in a career in Music?
Get ready for the time of your life… BUT, if you think your talent is enough, think twice! Passion and DISCIPLINE is the most important thing. Don’t be afraid though, if you get it right, which at FIU most likely you will, then you’ll never work a day in your life.