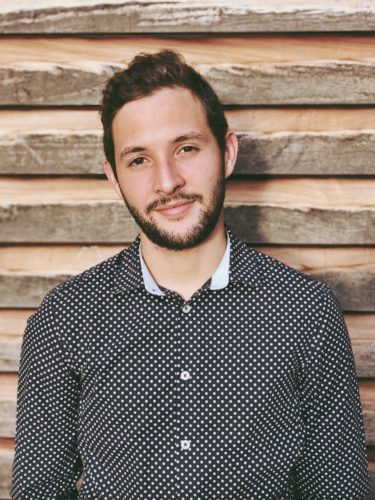 Recent FIU alumnus, Gianfranco Tió, is about to kick his music career into overdrive as he embarks on a U.S. tour with the critically acclaimed musical, A Bronx Tale. Gianfranco (best known as Gio) would be occupying the role of Keyboard 2 Pianist and Associate Conductor, a role he is quite familiar with since he has been a substitute in the musical since before he graduated this past Spring.

When did you start playing the piano? Why?
I started playing the piano when I was around 6 years old because my dad put me in lessons, and for some reason, I gravitated towards the piano. I also had the luxury of being able to take piano classes during school.

Did you always want to pursue music/performance as a career?
Yeah, I think ever since I was little, I imagined being a part of some sort of rock band or becoming some sort of pop artist. That couldn’t be further from the truth now, but I’m very fortunate to have stuck with music and discover my niche throughout high school and college. Now I just desire to be hidden from the limelight or alone playing music for myself.

What path did you take to attain your current career?
Well, it really started in high school when I started to take piano more seriously. At the end of every school year, there was a compilation of musical theatre songs that we would string together and compile a show. Usually, since we had a piano program back then, our department would usually be in charge of getting arrangements and directing the whole thing because it was all student-run. That’s where I fell in love with musical theatre and ever since then, I just kept doing it after high school. I would ready different scores, and try and do any production that was going on in Miami. I played in a couple of pits and music directed a couple of shows for a few years while in college.

I wouldn’t say that my career really started until about 2 years ago, though. I initially got hired to do a production of Pippin at the University of Miami, where I met a fellow music director, who’s very well connected in the theatre scene in Miami. He offered me a job at the Broward Center as a substitute for one of the Keyboard books for Wicked’s national tour in February 2018. I spent about 3 weeks playing the keyboard 4 book and, luckily, made a good conne 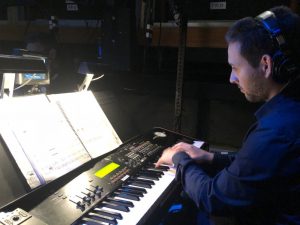 ction with the local contractor for all Broadway shows in Miami/Ft. Lauderdale. I had to take time off school in order to take that gig, but I came back in Fall 2018 and graduated in Spring 2019 while also working on a couple of other shows.

During the summer of this year, the local contractor reached out for a show called A Bronx Tale, which I subbed in for the Key 2 book, which was actually closing it’s leg of the tour fairly soon. After they closed, they decided to reopen the tour switching over management and hired all new people for this production. The previous music director/conductor had really liked me and remembered me enough to ask me to apply for the position of Keyboard 2/Associate Conductor. Once I submitted all my stuff, I got the job and I start the 23rd in NYC.

How was it been preparing to participate in A Bronx Tale?
Good! A lot of practice and making sure I know the cues into the songs and making sure I’m playing to the click track. Luckily, I already subbed in for my current role when they came down to Miami, but I just had to freshen up.

What can we expect from the tour and where can we find you?
The show is pretty fun and easy to watch. Nothing overly complicated to understand and just a feel-good musical. The dates to the shows are found here.

Do you have any specific plans for the future after touring?
Well, the nature of the job is just who you know and how well connected you are so I’m not really sure what happens after. This could potentially lead to more touring/jobs. But if not, my goal is to move to NYC and try and establish myself there.

What advice do you have for those pursuing a career in Piano Performance, Composition, and/or Music?
Keep at it, and really find the things that keep you in love with it. Sometimes we get frustrated and too focused on short term opportunities, but you have to have longevity. Keep working at it because if you’re working and practicing at it, you’re already succeeding, even if you don’t see it yet. Also, be kind and nice to everyone. You NEVER know who you’re talking too, someone you meet at a Starbucks could be your next employer.

How has FIU Helped you get to where you are today in your career?
I got a lot of flexibility to be able to work on school and my career at the same time. I was very fortunate to have both things going on at once. I think that’s why the natural succession for me was to pick up this touring job after college.

Were there any classes or professors that influenced where you are today?
I think they all serve their role, you know? We all know sometimes you’re gonna dread the work that seems like it doesn’t matter sometimes, and to that maybe it won’t for you. But for someone else, it might the most valuable knowledge they can get. Keep a positive attitude and just learn, because you’re already there, anyway. Even if the subject matter doesn’t interest you, find a way that it does. In the long term, it will all make sense; you just have to wait around for it. For me a lot of my classes were beneficial – I’m getting more familiar with finale, and comfortable with my playing, and better at sight-reading. All things that are essential to my job and career now. So, in the end, it all helped me, as well as having the freedom to actually apply this knowledge practically.