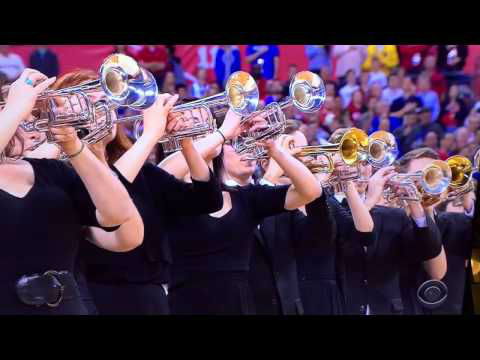 FIU Director of Bands Professor Barry Bernhardt was recently on the production staff for the NCAA Men’s Final Four in Indianapolis. Bernhardt coordinated the national anthems for both the semi-final game on Saturday, April 4th and the national championship game on Monday, April 6th. The national anthem was played by The U.S. Army Herald Trumpets from the United States Army Band “Pershing’s Own” and was joined by 100 musicians from Ball State University, Indiana University, and Purdue University. 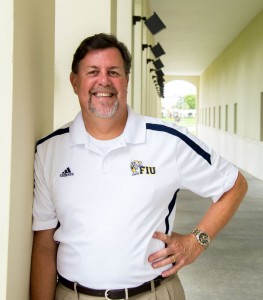 According to Bernhardt, “it was truly the most fantastic moment in my life!”

Bernhardt is on the production staff for Bowl Games of America and Sky’s the Limit Productions in Salt Lake City, Utah, where he is involved with the NCAA (including the choreography for the Orange, Sugar, Gator, Alamo, Russell Athletic, Holiday, Liberty, and Fiesta Bowl half-time shows), the Indianapolis 500, MLB, NFL, and NASCAR. Bernhardt has been working on productions for major sporting events for nearly 30 years.

At FIU, Professor Bernhardt is the Director of Bands, where he conducts the FIU Marching Band, the Court Side Players, and the FIU Symphonic Band, and teaches courses in Basic Conducting and Music Education at the School of Music.

He is in constant demand as a conductor, clinician, drill designer, and musician, both throughout the United States and abroad. Professor Bernhardt has conducted All-State Bands in West Virginia and Tennessee in addition to numerous honor bands and orchestras throughout the United States.  He has also written drill design for the University of Notre Dame and for the University of West Georgia.

Professor Bernhardt has also been an active trumpet performer throughout his career, having played with the Paducah Symphony Orchestra, the Southeast Faculty Brass Quintet, the Moody Blues, the Temptations, the Guy Lombardo Orchestra, Clark Terry, and Colin Raye.