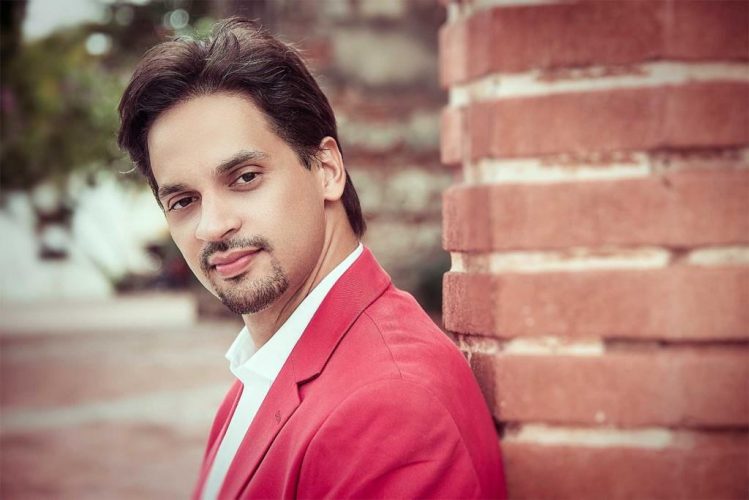 “My music emerges from the heart of Caribbean rhythms and chants. We are a creative mixture of cultures – an explosion of sounds, colors, and imagination. It has always been my universe, my poetic vision of the world.”

Darwin Aquino (MM ’15, orchestral conducting) returns to FIU this week for a collaboration with the FIU Symphony Orchestra for the world premiere of his new work, “Concerto for Violin, String Orchestra, and Percussion” on Thursday, January 31, 2019 at 7:30pm at the Wertheim Concert Hall.

After graduating with a Master’s in Orchestral Conducting, Darwin quickly established himself as one of the most exciting talents of his generation.

After winning the prestigious Premio Soberano award as Successful Dominican Artist Abroad in 2016, he went on to become Music Director for the Música Sacra Concert Series in Santo Domingo, Director of Orchestral Studies at the University of Missouri, and Conductor-in-Residence for the Washington University Symphony Orchestra.

For Darwin, “It is like a dream come true for a Dominican conductor to be able to work with a professional opera company in the U.S. That, I owe it to FIU and the School of Music faculty, who entrusted me with conducting one of my first operas – L”Etoile by E. Chabrier! During my graduate career, I also had the opportunity to go to Opera Naples, FL, to work as assistant conductor for Puccini’s “La Boheme” in 2014.”

At FIU, Darwin’s principal teacher was Grzegorz Nowak, but he also participated in masterclasses with guest artists including Neil Varon, Mark Gibson, Eduardo Maturet, Colin Metters, Benjamin Zander, Jose Serebrier, Enrique Garcia Asensio, James Judd, among others. Here, he was appointed assistant conductor of the FIU Symphony Orchestra where he received the Graduate Performer Award for his fine conducting.

“FIU offered many opportunities that were so enticing. I was surrounded with accomplished string faculty including Artist-in-Residence and violinist Robert Davidovici and the Amernet String Quartet, while receiving plenty of podium time with the orchestra. As a student, I even had the pleasure to compose my “Jacana per Tessitura” (2013) for violin solo for him and other FIU students.”

Darwin, keeping contact with the artist-faculty from his alma mater, knew that he would return with a composition thanking FIU, the faculty, the FIU Symphony Orchestra, and in particular, the professor who brought him to FIU, Professor Davidovici.

In anticipation of Panther Alumni Week, he has also been invited to speak on the University Graduate School Alumni Colloquium Series, discussing his transition from graduate school to a successful performing arts and academic career on Wednesday, January 30, 2019 from 12pm until 1:30pm in SASC 100.

Hear Darwin’s music in person this week! His music will be featured on the FIU Concerto Competition Winners Concert. Learn more by clicking here.