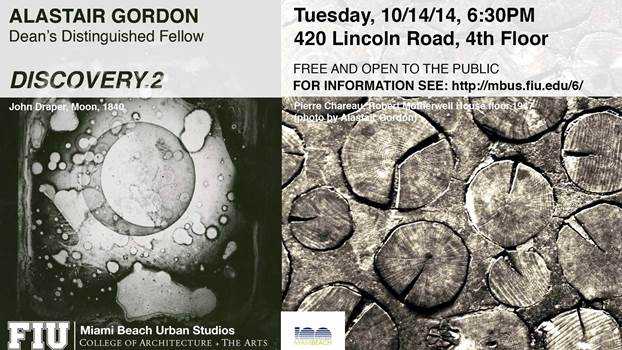 Join the College of Architecture + The Arts at the Miami Beach Urban Studios at 6:30 on Tuesday, October 14th for an introductory lecture by one of the Dean’s Distinguished Fellows, Alastair Gordon. Alastair will discuss who he is as a critic, author, curator and publisher with a focus on the creative process and diminishing arts of discovery, including a response to Karl Ove Knausgaard’s recent comment “the physical world is gone.”