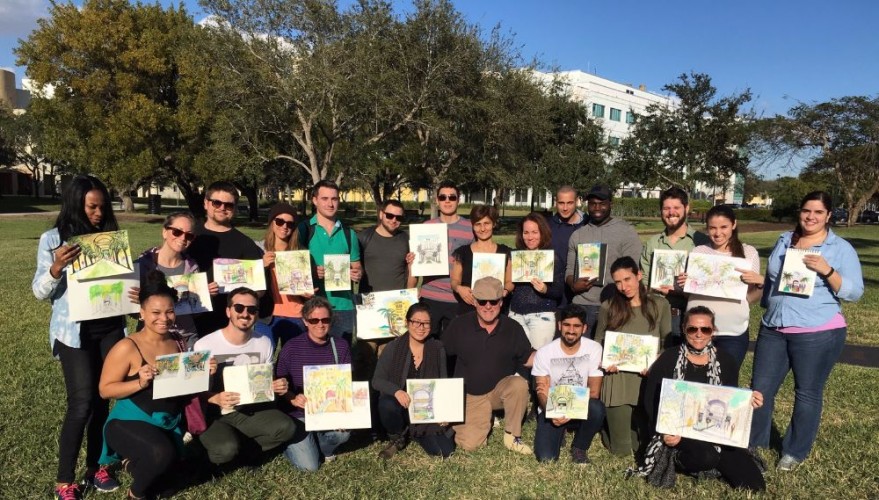 At the workshop, students learned to freehand concept drawing and urban sketching techniques, as a way to kickstart their creative processes. The focus was not on achieving aesthetic beauty in the final stage of a sketch, but rather on generating ideas in the initial stages. 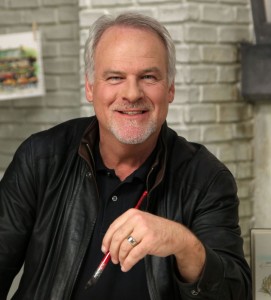 Professor James Richards is a national award-winning urban designer and author; he is also a professor, lecturer and travel artist whose work explores the intersection of place, creativity and placemaking around the globe.  He teaches design and drawing at the University of Texas at Arlington, and is co-founder and principal of TOWNSCAPE, Inc., an urban design consultancy focused on smart growth for cities, towns, districts and special sites.  He serves on the international Advisory Board for Urban Sketchers, and his travel art has appeared in solo and group exhibitions, most recently in Havana and Moscow. He is a recipient of ASLA’s Bradford Williams Medal for writing; his book, Freehand Drawing and Discovery, was published by John Wiley & Sons; and he won a national Honor Award from the ASLA in 2014. His second book for John Wiley & Sons, on creativity and design thinking, is scheduled for release in 2017.