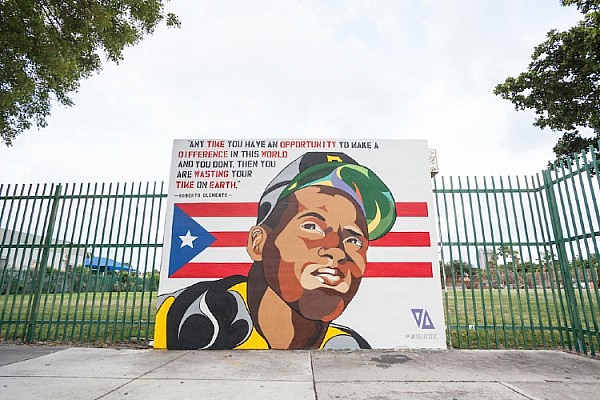 Kevin Arrieta (FIU LA+EUD), Nick Vasquez (FIU Architecture), Natalia Cordero (FIU LA+EUD), and Jorge Rodriguez (FIU Architecture) reached out to the City of Miami Parks and Recreation Department. They came into contact with Jose Moran, Roberto Clemente Parks Manager, and Luis DeRosa, a member of the Roberto Clemente Parks Committee. The enterprising students call themselves the VA Collective, and they volunteered their time for this community project, which  constitutes one of several other projects they have completed to date.

The student-led creative group defines the VA Collective as “a creative agency made up of a number of young creators who have a common interest and passion for the arts . . . composed of four branches, which include Architecture, Art, Graphic Design, and Photography.”  They attribute their interest and passion for their work to being part of Miami’s Arts District and to its global fame for Art Basel, Art Walk, and many other artistic endeavors that “has helped [VA Collective] develop our own perspective on what art is.”

In terms of the group’s affinity for murals, they state, “We believe that murals are the perfect balance of street art and fine art, which can be appreciated by anyone of any social class and culture.”  Their admiration for Roberto Clemente is evident, and one of the baseball star’s famous quotes is prominently featured in the mural, which states, “any time you have an opportunity to change this world and you don’t, then you are wasting your time on Earth.” Says the VA Collective; “we have witnessed the power of [this] message by watching people pass by and read it. We were once inspired by the works that were happening around the Wynwood area and hope [that] we can continue that legacy to inspire others to chase their creative visions.” 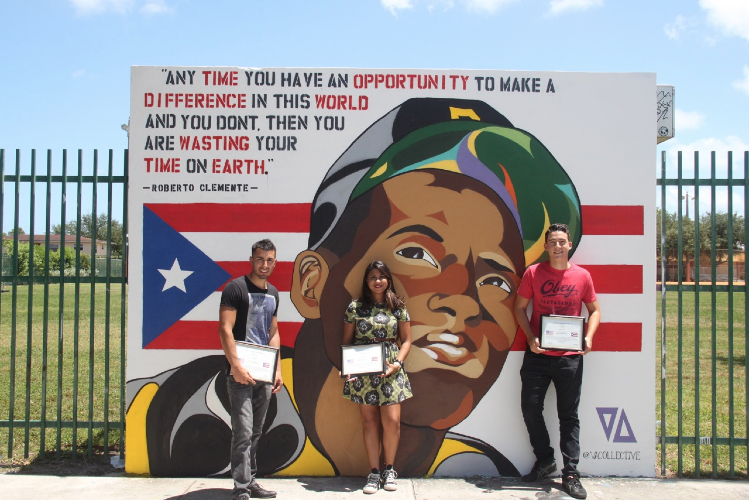 The Roberto Clemente mural was made possible by the support of the Miami Office of the Mayor, Hon. Tomas Regelado, City of Miami Commissioner Keon Hardemon, Dist. 5, the Borinquen Medical Centers of Miami-Dade, Wynwood Brewing, The New World Foundation, Dynamic CDC, the Miami Marlins, and the South Florida Puerto Rican Chamber.

The header image is provided courtesy of the VA Collective.