Carlos Fueyo embodies what it means to be a life-long learner, a well-established Creative Director and nominated as a Visual Effects Supervisor in the film industry, such as the Avengers, Independence Day, Super 8,and more. 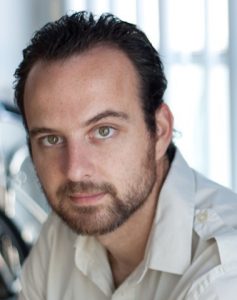 He started out at Florida International University (FIU) pursuing architecture. He had family members in similar fields that allowed him to explore what he liked most. He credits his parents, his wife’s constant support, idol, Lebbeus Woods whom he had a chance to work with, and mentors, such as John Stuart, Camilo Rosales, Carlos Casuscelli, and others in helping him become the professional that he is today.

But why architecture? Carlos answers, “there is a design process that takes place that allows you to create something.” Because he is an architecture graduate, he loves working with everything design and special effects based. He says the transition would “conceptualize through design process and the tools in architecture would be easier to work with.”

Working closely with concept and design “was a very seamless transition”, Fueyo says. “I started working with 3D my freshman year, learning different software, and it grew into a hobby.” After his nine years of architecture and self-teaching software experience, he practiced and worked until “I was lucky enough to have a friend that was working in the Priestfilm in 2012 and he is the one that got me into the film industry.” He states, “I began as a junior artist in my first film and was quickly given the chance to design the entire setextension for the Jericho City scene,” …. “I was proud of the film because it took 100+ shots and I only had a couple of months.”

With over fifteen years of experience in film, commercials, cinematics and dark rides (indoor amusement ride), Fueyo is a well-established Creative Director and Visual Effects Supervisor. Fueyo is most proud of his work in Avengersbecause “it was an extremely challenging process to recreate Paul Bettany’s character’s head to be replaced in all 120+ shots yet maintaining the humanity of his performance.” Fueyo states that the most important part of his process is figuring out the concept first. The concept leads to decisions on filming, editing and post production, which in turn leads to a successful final film or production.

Carlos believes in giving it his all in everything he does, lifelong learning, and practice, practice practice! His ultimate goal is to create his own films. We believe in you!

*If you would like to learn more of his work and experience, please follow the link: https://www.insomnia3d.com.