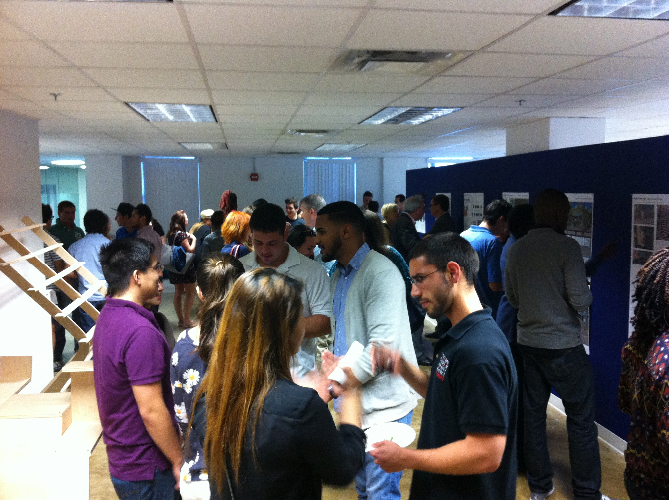 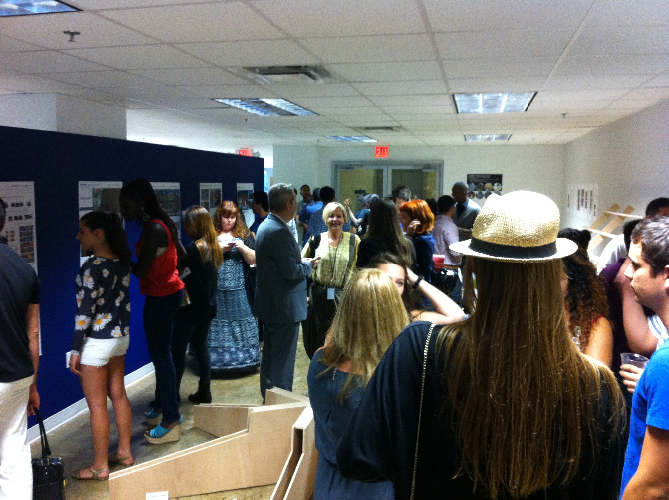 The purpose behind this charrette was described by the following statement:

“The complaint? It is the pavilion at the western intersection of Lincoln Road and Washington Avenue, Miami Beach, which FIU’s Department of Architecture calls ‘one of the most disappointing public spaces at the most important intersection of Miami Beach.’ The solution? Thirty teams of FIU architecture and design students conducted a charrette to brainstorm alternatives. The winning proposals are on view at FIU’s Miami Beach Urban Studios SOA Gallery.”

Visitors viewed the first-prize winner of the charrette and also viewed the works of the second- and third-place winners and the honorable mentions. 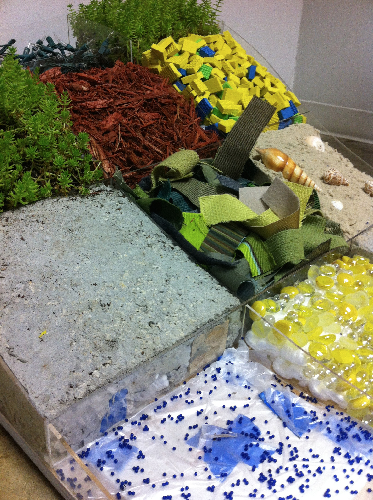