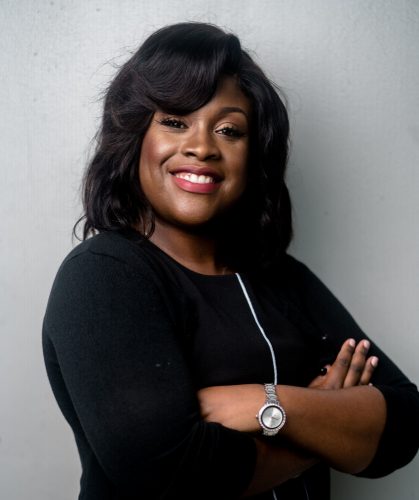 Congratulations to Nyamekye Daniel, Kopenhaver Center Leadership Program Fellow for being selected as a Poynter-Koch Media and Journalism Fellow.

The yearlong program that give journalists access to faculty in the field and will offer courses on First Amendment law, foundations of a free press, media ethics, reporting/storytelling techniques and other related topics.

Nyamekye Daniel’s professional background includes writing, editing, radio hosting and management. In 2016 to 2017, Daniel served as the managing editor of South Florida News Service, in this role she managed a staff of up to six other student reporters, edited, reported and created digital content.

She is currently a Poynter-Koch Media and Journalism Fellow and a reporter for The Center Square. Daniel was a reporter for The Miami Times and an on-air personality for WZPP 96.1FM for two years. She has also freelanced for multiple outlets including the New York Times and the Miami Herald.

PrevPrevious StoryWOMEN THOUGHT LEADERS STRATEGIZE ON HOW TO ADVANCE WOMEN IN THE FIELD OF COMMUNICATION
Next Story2020 Kopenhaver Center Conference – “Women in Communication: Pathways to Success.” Next