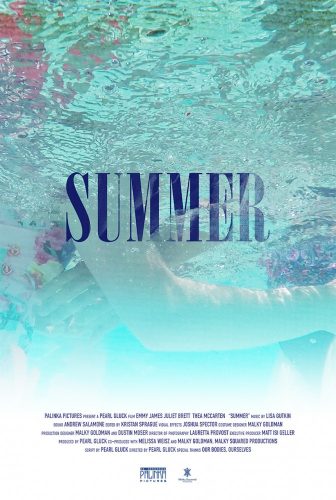 Summer is short film about two teenage girls in a Hasidic sleep-away camp who, despite their every effort to maintain their purity, explore a forbidden book which leads them to a sexual awakening neither of them are prepared to encounter. Featuring Thea McCartan, Juliet Brett, and Emmy James, the film is shot in situ in the heart of Hasidic Upstate New York.

In some ways, it should come as no surprise that I took up film to tell stories. The camera was always a presence in my family history, my Hasidic father behind the super 8, a silent witness to both the dissolution of a family and also its ultimate realignment. But where I come from, it’s not part of the norm to watch movies, let alone create them, because it is considered a diversion from a life of piety, devotion, and modesty. Hence, the paradox of my cinematic projects: on the one hand, film has informed my entire life, on the other hand, it is entirely forbidden.

I was brought up Hasidic, and when I was in high school, I was the one who found the science books before the principal ripped out the chapter on Reproduction and Evolution. What I saw astounded me and I snuck into the library to uncover more of the censored world: I studied Our Bodies, Ourselves like it was one of the five books of Torah without anyone discovering my secret self-awareness and sexual awakening. This is precisely why I am intrigued to see what may happen if I put the same book into the hands of two teenage girls in a summer camp. What will they discover about themselves, their community, their faith, and their affinities.

PrevPrevious StoryEquity and Equality of the Sexes in Communication
Next StoryWomen Faculty Moving Forward: Securing the FutureNext