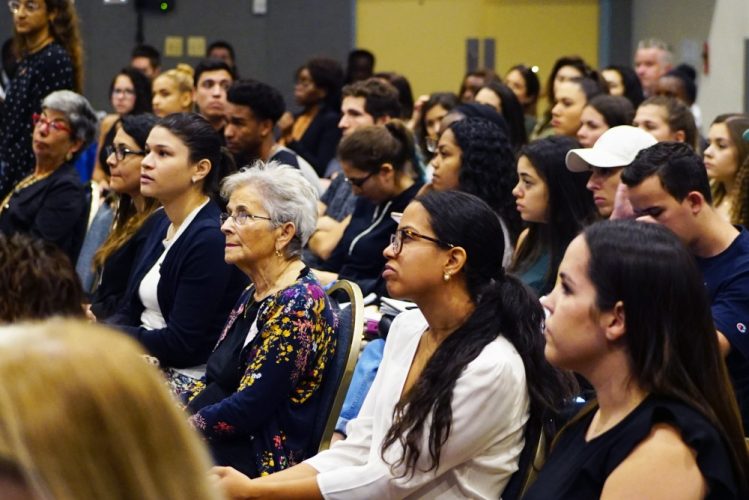 (Miami, FL)  A new national survey conducted by the Lillian Lodge Kopenhaver Center for the Advancement of Women in Communication at Florida International University found that more women are middle managers and in junior level positions in the communication industries, while men dominate top management positions, and the culture of the company most often prevents women from being promoted and keeps them from advancing in their careers.  Women are also more likely to spend fewer years in the communications professions than men and lack longevity in their current positions. In addition, in this age of digital communication, communicators, both men and women, enter their positions without any digital training and do not receive digital training in their current jobs

These were some conclusions from the second survey distributed nationally by the Lillian Lodge Kopenhaver Center for the Advancement of Women in Communication in the College of Communication, Architecture + the Arts at Florida International University. The 2018 survey was distributed to the membership of 22 national professional organizations representing newspapers, digital/mobile/online, broadcast, public relations, advertising, and magazines.  Respondents represented all 50 states.

Minorities, both men and women, typically have spent less time in their jobs. Hispanics are on the lowest end of the salary scales, followed by Caucasians.  African-Americans and multiracial respondents do slightly better, and Asian-Americans score the best. The companies respondents work for infrequently offer diversity initiatives to increase the number of female employees or mentoring programs for ethnic and racial minorities.    Women dominate lower salary levels in all the communications professions. However, those working in public relations, advertising and market communication do slightly better than those in the journalism professions.

More women than men experience an interruption in their full-time work. Nearly half of all respondents said they had experienced an interruption in their full-time work and nearly all of those were women. Men cited layoffs or termination as the reason for the longest leave of absence while women most frequently cited parental leave. Women also said they had been passed over for advancement into a management position because of a “men only” culture in their companies.

The first survey was conducted by the Kopenhaver Center in 2016, and comparisons to 2018 responses show little progress in all areas except salaries, where there were some advancements. In 2016, more earned $25,001-$50,000 than any other category. In 2018, that has increased to $50,001-$75,000 as the level more cited than any other. African-American women tend to do slightly better than other ethnic or racial groups, followed by Caucasians and then Hispanics.

Lillian Lodge Kopenhaver, executive director of the Kopenhaver Center for the Advancement of women in Communication, stated, “This survey, which was sent to individuals in all of the communications industries at the same time, gave us critical results to help us understand the current role and status of women working in those industries. Interestingly, workplace culture came to the forefront as inhibiting advancement for women, a factor that companies need to have more awareness of in providing equity for all employees.”

She continued, “Women have made few advancements in the workplace in moving ahead in their professions. Since half the population of this country is female, the communications industries need to have that percentage of women represented in those who are providing information to the public. It guarantees a balanced point of view and a fair and accurate representation of our society.”

More information about the survey is available from the Kopenhaver Center at 305-919-4065, or contact Lillian Anne Abreu at labreu@fiu.edu