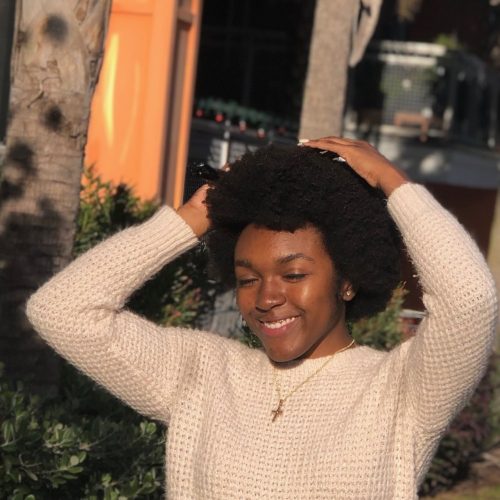 In pursuit of her passion to become a singer, Alanna Barlow entered the “Blaze The Stage” competition hosted at the FIU BBC campus. “Blaze The Stage” is an annual open-mic talent show hosted by the FIU Student Programming Council at BBC, where talented Panthers perform in front of celebrity judges for the chance at an entertainment internship. This year’s contestants ranged from first-year students to Ph.D. students, and the judges wereTheo Brown, Lucien Jacquemin (DJ Entice) and Richard Trowers (Rich Dollaz).

Since she began her college career just over a year ago Alanna, a Journalism major, is slowly but surely immersing herself into the singing scene at FIU. She fell in love with FIU from her very first campus tour and as she transitioned into university life, Alanna quickly immersed herself in its performing arts scene.

“A friend told me about Blaze the Stage … I had been searching for open mic nights and karaoke nights to sing at FIU. Honestly, I just wanted to get more practice performing solo,” Alanna said.

Alanna won the competition, securing an internship after performing her killer rendition of “Part of Your World” from Disney’s The Little Mermaid. Video of the performance below:

After that, Alanna was offered the opportunity to perform during a session of the SGA BBC Lecture Series. This particular panel session featured rapper and actor T.I. When asked how she felt about the experience, Alanna said, “It was awesome, I think that T.I. is a very dedicated individual, but, at the end of the day, I didn’t want it to feel like I was trying to impress him.  I just sought to get up on stage, sing and be myself. I think that’s the only way to survive, in one whole piece, in the entertainment industry.”

Being so accomplished in her freshman year of college, Alanna is definitely a force to be reckoned with. She plans to further her singing career by auditioning for the FIU School of Music and is looking forward to continuing her involvements with FIUnity Gospel Choir, National Society of Collegiate Scholars, and Disciples on Campus.

“I’m honestly trying to take it day by day. I just want to continue to love singing and do it because it is what God created me to do! If I continue to do it for the simple fact that it’s what I’m called to do, then I believe it will take me far.”