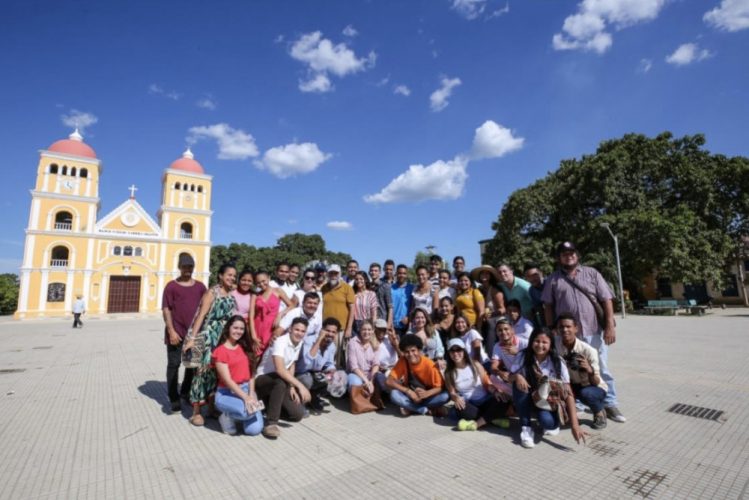 In mid-July, with the support of the Kimberly Green Latin American and Caribbean Center, a small group of FIU students from the School of Communication and Journalism and MDC had the opportunity to travel to Universidad Del Norte in Barranquilla, Colombia, with Prof. Alejandro Alvarado to learn about the very complex topic of the Colombian armed conflict and the peace agreement with the Fuerzas Armadas Revolucionarias de Colombia, FARC.

During their stay, students learned from experts in the field, exploring the roots of the problem and the aftermath of the conflict and its effects on Colombia’s people.

Instead of simply reading from a textbook, these lucky students were able to apply the information they had learned to real-life situations right in front of them.

In addition to hearing testimonies from current and former governmental employees, military personnel, and journalists, the students also had the opportunity to listen to first-hand accounts from the victims of the tragedies, their resolve to move forward, and the hard lessons they have taken with them.

Students met with families who were affected by the Macayepo and El Salado Massacres, which occurred 19 years ago. The massacres resulted in the death of more than 80 people following the invasion of the paramilitary forces.

“I was surprised that everyone I met there told me that their family left right after the massacre, and some of the members were killed that day but years after they came back to rebuild their town and they are so involved in accomplishing the peace they desire that they empowered the whole community to work for this,” said Andreina Malave who took part in the trip.

While immersing themselves in Colombian culture, history, and traditions, the students also learned the importance of media during conflict and peace.

Prof. Alvarado will take a new group of students to Barranquilla, Colombia in the Summer of 2021.