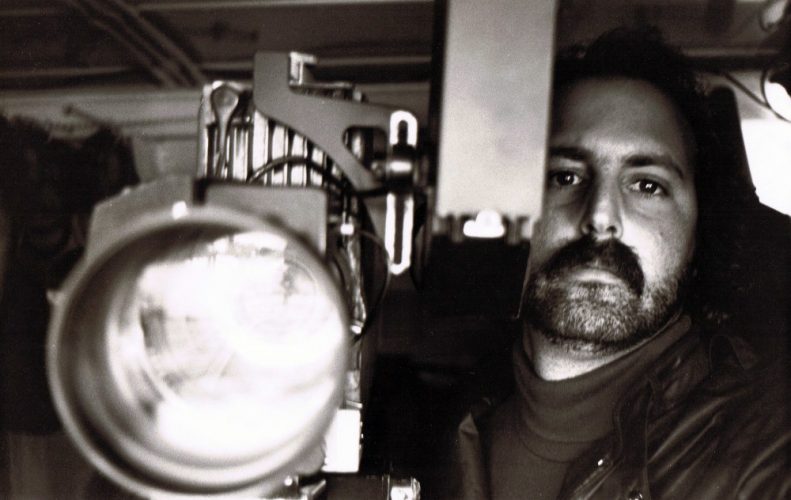 Enthusiastic and vibrant FIU alum, Layne Batt, has been a part of the video broadcasting and production industry for over 30 years. Graduating from FIU in 1980, Layne kick-started his career with WCIX TV Channel 6 and went on to ultimately earn a whopping 13 Emmy Awards for Production. Ten years into his career, Layne established his own production company, Time Capsule Films Inc. and, to this day, acts as Video Production and Post-Production Specialist – working with many news stations and non-profit organizations.

Degree Earned and Year Graduated: Bachelors in Communications Technology with a sub-major in Journalism

How has FIU helped you get to where you are today in your career?
It opened up the doors to internships at television stations and production companies – very helpful!

What path did you take to attain your current career?
My first job in TV journalism was at WCIX TV Channel 6 as a news cinematographer and editor for the 10:00 newscast. We were shooting 16 mm reversal film with sound. We spliced the film and taped it back together – that was in the early days when you physically made the EDIT by hand. I was there for about a year and a half. Then, I was asked to join WCKT/WSVN as a news photographer and news editor. I then went on to investigative videography and editing series and specials. I worked on sports features like the Grand Prix Auto Racing in Downtown Miami, as well as the 24 Hours of Daytona. I continued in the promotions department and became Senior Post Production Editor – shooting image campaigns and feature stories. We edited hard-hitting News Spots throughout the day – highlighting the most important news stories with updates as well, which went into the evening hours. 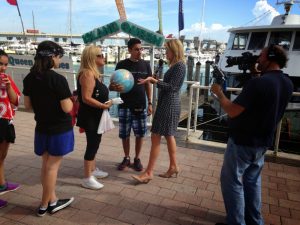 I was at WSVN for 10 years and continued to work with them on a freelance basis until about 2014/15. Also, I  joined up with America’s Most Wanted on their 80th capture and stayed on with them until their 300th – it was an amazing accomplishment that required all the skills I had learned from my news, sports, investigative videography years.
I was also a journalist published in the Miami Herald, Tropic Magazine, New Times, and Sun Sentinel’s XS Magazine.

What’s been the coolest thing about your job so far?
I’m an Adobe Creative Cloud editor – I learned how powerful non-linear editing was on an Avid editing system. So I have witnessed the advancement of DIGITAL technology throughout the years. Non-linear editing was a breakthrough that we all prayed for and it happened – we could change our minds easily now and reconstruct the edits like a Word Document.

What does a typical day for you look like?
I do a lot of videography (using Canon DSLRs, Sony, Panasonic cameras and as well as iPhones) – I’ve been working for non-profit organizations producing fundraising videos since the mid-90s and I’m still passionately working on them today. I shot and edited a video for Marc Buoniconti which raised millions for the Miami Project To Cure Paralysis and The Buoniconti Fund… and there were many more videos that I’ve produced, shot and edited over the decades and I’m still doing it today.

How does your job connect back to your coursework?
I liked FIU a lot – it was great to return for my last 2 years of college at FIU after I was Honorably discharged from the Navy. I lived on board a Destroyer Escort ship for 3 years, traveling all over the world – I mainly joined to see the world and to become a better writer.

Were there any classes or professors that influenced where you are today?
Professor Jim Couch and my Radio Broadcast professors were very good – I can’t recall his name – and my journalism teacher, as well. They all had a major influence on me and my life.

What advice do you have for students interested in a career in your field?
Try to get your first video or your first written news story on the air as soon as possible, so you can see it airing and feel proud that you helped create it. Now, thousands of viewers if not more, are seeing it and listening to it. You’ll soon be hooked and want to keep doing it and improving on what you learned – again and again and again.