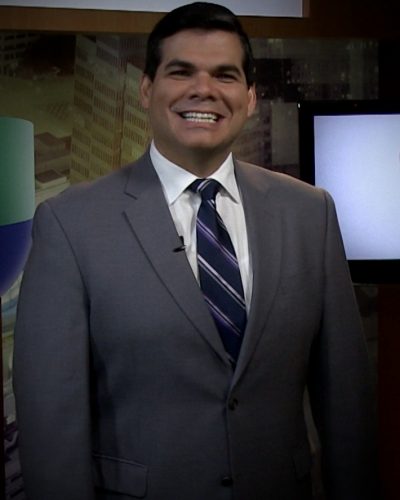 Journalism and Mass Communication alumnus, Eddy Elguezabal, said watching Univision with his grandparents as a young child was what made him fall in love with broadcasting. Elguezabal, who is Vice President, General Manager and Director of Sales at Univision Communications, Inc., has nearly 20 years of experience in the Spanish-language broadcasting industry, all within the Univision company.

He began his career in 1992 as a freelance producer with WLTV Univision-23, changing his focus to sales the year after. Currently, he resides in Atlanta, Georgia where he oversees operations and sales for Atlanta, Raleigh and Philadelphia’s Univision and UniMás local TV stations.

“Although there has always been the desire to better myself professionally with an executive title, I never focused on the end game, but rather on doing my very best in the position I currently filled,” said Elguezabal. “Univision has shown me that if I do my very best, my efforts would be rewarded with better opportunities and career growth. Each promotion has always been appreciated and considered a ‘major accomplishment’ for me.” 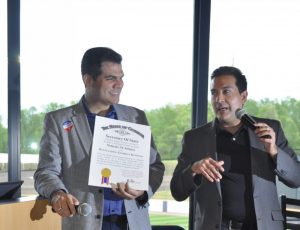 Eddy graduated in 1992 with an undergraduate degree in Journalism and Mass Communication, followed by an MBA in 2005. He was also awarded Outstanding Georgia Business for Noticias 24 Atlanta.

Some of his other major accomplishments include: overseeing all top accounts plus all station presentations, events and creative promotional sales activities. In 2002, he moved to Univision National Spot Sales and achieved double digit increases in billing, reaching over $20 million in 2005, and he was also promoted director of integrated sales and marketing for Univision Management Group.

“I’m sure my parents would be happy with any job I had, but I believe my achievements with Univision have made them proud of the sacrifices they have made.”

Elguezabal said that as an immigrant from Cuba, he understood the sacrifices his parents made while pursuing a better life in the U.S. Thus, he felt not working as hard as he could have would have been a disservice to the struggles his parents endured. He said they left everything they knew from Cuba with three boys to work two or three jobs.

“Although I have many memories from my 6 years in Cuba, Miami became my home by default. My entire family found opportunities here that they would never have had in Cuba. I am honored to work with a company that’s dedicated to reaching and serving the Hispanic community. Even more, I am humbled that I have a role in which I am afforded the opportunity to be an integral part of presenting and highlighting current issues affecting the Hispanic population.”

Elguezabal said FIU’s curriculum challenged him academically through assignments where teamwork, critical and creative thinking and business writing gave him a strong start into the workforce. He also said his education from FIU added to their foundation of success, providing a great life for him and his family.

“Students should understand that hard work is a major part of happiness in any career. Also, it is important that with anyone you meet, in any setting, you should treat it as a business meeting. You never know when you will see this person again, or work for them.”