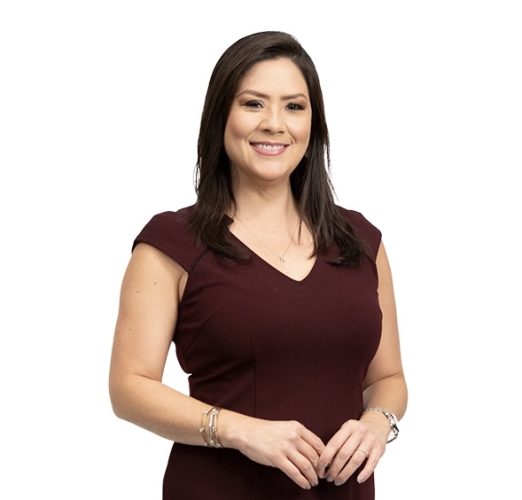 Degree Earned and Year Graduated: Bachelor of Science in Communication, 2003.

How has FIU helped you get to where you are today in your career?
FIU gave me the tools to achieve my goals, starting with the internships I did which were required to graduate from the School of Journalism. Those were essential to learn more about the industry and the nature of the business. I must mention that some teachers gave me advice that along the way I realized they were true. An example: Begin at a small market or tv channel to get experience.

What path did you take to attain your current career?
Well, the path hasn’t been easy. This is a very competitive industry and I had to take roles that were paid very low and be behind camera for a long time. At some point in my career, I wanted to quit because I could not get the position I wanted. I had to sacrifice holidays, vacations, time with my family, etc. But I decided to knock on every door, until the right one opened. So, my advice is “don’t give up” “If a door doesn’t open it is because there’s another with a better opportunity for you”.

What’s been the coolest thing about your job so far?
Helping people. As a consumer reporter it is very gratifying to help viewers to recover their money or help them solve issues in their communities. On the other hand I had the opportunity to meet amazing artists, activists and unique characters.

What does a typical day for you look like?
I begin working at 6 in the morning, I get to the station and I produce and present the morning news briefs. At 9:30 am I have an editorial meeting with my team and I pitched my story of the day. Then I write my script, I prerecord my intro and tag, then I edit my own package. At 3 p.m. (ideally) I leave the station. This is a simple day, but it changes depending on breaking news, or if the other anchor is absent, I also have to present the noon newscast. Yup, it’s a lot!

How did it feel when you heard of your Emmy nomination and win?
In 2018 I was nominated for an Emmy for the first time and I won! In 2022, I was nominated for three Emmys and I won two. Even though this award is a recognition of a specific work I’ve done, it means that my effort and dedication is worth it.

What sparked your interest in journalism?
Serving the community by informing them, and giving voice to the voiceless.

Were there any classes or professors that influenced where you are today?
Yes, Professor Teresa Ponte, her advice and teachings in her class: how to write a script, film, and edit a piece.

What advice do you have for students interested in a career in your field?
It’s not an easy industry. Be prepared and willing to begin your career at a small market or at a position that will give you the tools to keep growing. While in college, do as many internships you can so you see how this business works, and learn as much as you can. Also, NEVER stop believing in yourself. You will probably be rejected many times, but be confident and be humble to receive constructive criticism. DON’T GIVE UP!