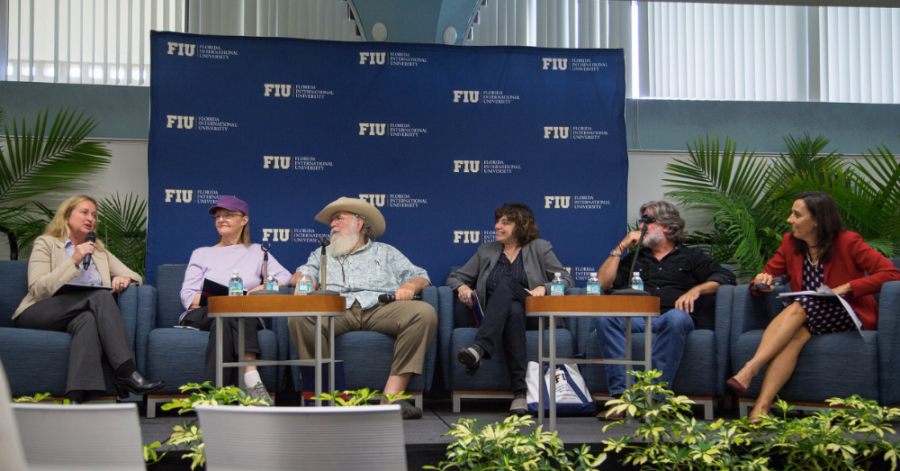 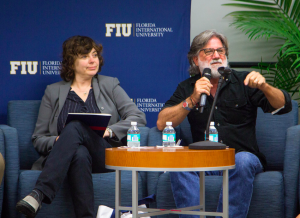 Environmental photographer Clyde Butcher spoke to crowds of about 100 at two public events Nov. 1, 2016 at the Biscayne Bay Campus as part of the School of Communication + Journalism’s Hearst Distinguished Lecture Series.

Butcher appeared to unveil a months-long exhibit of his work from Cuba that is in the Hubert Library through Feb. 28, 2017.

The event was co-sponsored by the FIU Libraries, the School of Communication + Journalism, FIU Arts, Sciences and Education, Miami-Dade County, FCE LTER, the FIU Cuban Research Institute, and the Hearst Foundation.