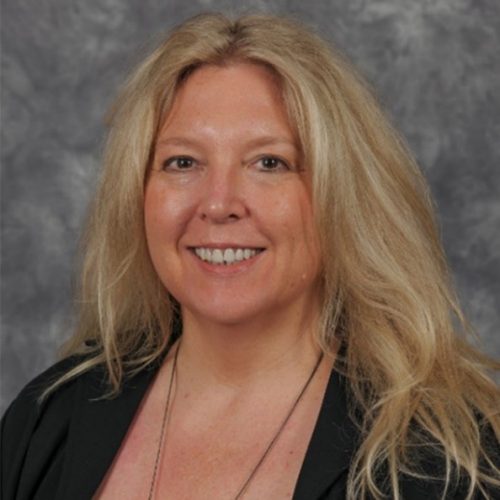 Dr. Susan Jacobson has been named Interim Chair for the Department of Journalism + Media starting in the Fall 2021 academic semester. Dr. Jacobson was preceded by Professor Teresa Ponte, who announced in the Fall 2020 semester she would be stepping down from her tenure as department chair after a successful 14-year run.

Q: Can you tell our readers a little bit about your background and what prompted you to take this role?
My first real job, right out of college, was with The New York Times. This is my favorite story to tell students. I had studied journalism and videotext, a new way of delivering the news over computers, at the University of Florida. I moved to New York City three weeks after graduation, managed to get an interview with American Express, and the nice lady there said to me, “I think The New York Times is doing something in this area.” I ran back to my room at the 42nd Street YMCA, where I was living for about a month when I first moved to the city, called the 411 operator, asked for The New York Times, called The New York Times and asked the operator to connect me to the videotext division, which she did, and then the senior editor, Don Murphy, picked up the phone. I said something like “Hi, I’m from Florida, I studied videotext there, do you have any jobs?” Poor Don was flabbergasted. “How did you get this number?” he asked. NYT Videotext was supposed to be a top-secret project. I told him my story, and he told me to drop off my resume at their offices. I did, he called me in for an interview with the managers of the project, and they hired me. It was a great experience and opened a lot of doors for me. My advice to students: Success often comes with a combination of preparedness and luck. 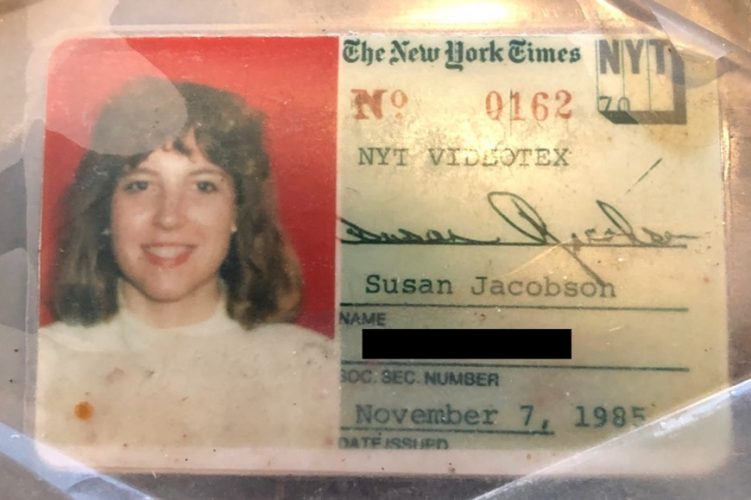 Q: What aspect of being chair excites you most?
It’s a great time to be a part of the Department of Journalism + Media at Florida International University. Our students have opportunities to transition directly from what they learn in the classroom into professional careers through the Univision STEP Program, the NBCU Academy Fellowship, the South Florida Media Network’s Washington, New York or Miami Bureau experience, and the many internships that are available through Handshake. We have updated our curriculum across the four majors – Digital Journalism, Digital Broadcasting, Digital and Interactive Media and Digital TV and Multimedia Production – so that students will be well prepared for their internships and early careers. We are launching some new facilities this year, including iSTAR, the Immersive Studio for Altered Reality, and a new livestreaming platform for Newsbreak, the South Florida Media Network’s live morning show. Our students have won more than 40 regional and national media awards over the past year. I see my job as moving all of these amazing facets of our department forward.

Q: What will be your top priorities as Chair of the Department of Journalism + Media?
The Department has excellent programs in Digital Journalism, Digital Broadcasting, Digital and Interactive Media and Digital TV and Multimedia Production. We have great opportunities with internships and experiential learning. We have outstanding facilities. But sometimes the message about the excellent education, opportunities and facilities that our Department offers does not make it out to our own students, let alone students who might consider studying Journalism + Media at FIU. My first goal is to increase communication with our students, help spread the word about our award-winning student media work to other parts of FIU, to greater Miami, to students who might want to consider FIU and to new faculty members and media partners who might want to work with us.

Q: What advice would you give students to ensure their academic and professional success?
My experience with The New York Times showed me that luck and preparedness, which basically means being able to take advantage of lucky breaks that come your way, can help launch your career. I also took risks early on, becoming familiar with creating content for new media technologies at a time when few people and even fewer women were interested in new media. My facility with technology helped land me most of my jobs because I stood out from the pack. I think students today have opportunities to stand out if they are excellent multimedia storytellers, if they show that they can help organize and produce media projects, if they are knowledgeable about creating content for social media audiences, if they are willing to plunge into media production in emerging fields like virtual and augmented reality. At the same time, students need to think beyond the confines of specific technologies. Technical skills come and go and evolve. I first learned programming through a language called COBOL, which no longer exists. But I was able to see the expressive possibilities in programming through my education in COBOL, and some of the basic programming concepts I learned back then I can apply to modern languages like Javascript. Strive to be thoughtful media producers and storytellers who can think outside of the box.

Q: You have a lot of responsibilities at the moment. In addition to your new role as department chair, you will also continue to serve as associate instructor for the newly created Digital + Interactive Media major, as well as the co-director for the Steven Cruz Institute for Media, Science and Technology (SCIMST). What do you like to do for fun and to wind down from your hectic schedule?
I am an avid swimmer and spend time in the pool doing laps and floating on a noodle. Most of my students know that I have three cats – Pistachio, the Brown Cat and Clarence. They have joined some class sessions on Zoom. We often watch evening news shows together when I am unwinding after a long day. I am also a committed breast cancer advocate, and work with several national organizations to further research and improve the lives of breast cancer patients.