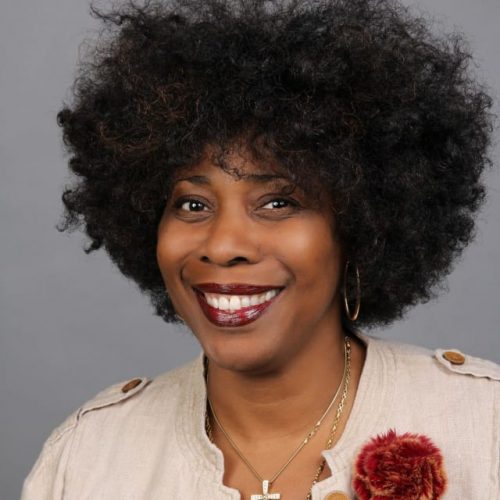 Karla Kennedy, director of distance learning at FIU’s College of Communication, Architecture + The Arts (CARTA) wanted to be in the background growing up. She didn’t care too much for the spotlight and would have much preferred to be the backup singer rather than the lead, but life had a different plan for her. Instead of being a wallflower, Kennedy became a journalist, teacher and advocate for First Amendment rights and the student voice.

Born and raised in Miami, Kennedy fell in love with journalism at just 14 years old when her government professor made a comment she did not agree with and ended up starting a petition that her entire class signed. Her mother still has the petition to this day.

CARTA News caught up with Kennedy to learn where she got her start and how her research has helped marginalized students find their own voice.

Take me back to Karla Kennedy as a young girl, how did you fall into this field and is this something you always knew you wanted to do?

Yes. My parents were both very civically minded and that rubbed off on me. In high school, I was involved in student government, editor of my school’s newspaper and just an all-around nerdy girl who was really interested in voice and how we can use it to initiate change and empower others.

Can you share a time where your voice helped you initiate change?

When I was in high school, one of the biggest things we were able to do was get the city bus routes moved to the front of the school. Initially the bus stop was in the back of the school and students all said that was unsafe because for students involved in extracurricular activities, they were sometimes waiting out there all by themselves late at night. And the administrators are not really aware of these sorts of things because they are not the ones who ride the bus. So, the students banded together and went down to the city commission to get the bus route changed to the front of the school and we were successful.

What does being a First Amendment and student voice advocate entail?

I worked in many predominantly black schools, and culturally black students are usually taught to subdue their voice. Also, many minority schools typically do not have the funding for newspapers, yearbooks, or websites, so there is no voice, and many do not learn they even have a voice unless they go to college.

So, in my role, I teach students, especially minority students, that they, one, have a voice and then train them how to use it effectively.

What is the most important thing journalism students should be learning right now?

Objectivity. Before getting to college, students have been taught for the past 12 years that their opinion counts in their writing, but when you get to journalism and communication, all of that goes away and you have to write from the perspective of someone else.

I remember Ken Paulson, original founder and publisher of USA Today, said years ago that journalists needed to learn how to be superheroes again. And that’s so true because we are trying to do something to help people. So, I think taking the light and shining it away from themselves and onto someone else is probably the hardest part for new journalists to learn.

You’re very passionate about your work. What is your driving force?

My driving force is to teach students how to think rather than what to think, as Malcolm X once said. I want them to be able to disagree or agree on an issue but, at the end of the day, still have all the information they need to go out and tell the story.

In my classes, I help guide them, but essentially, they do the work for themselves. And it is really empowering to see. For example, when I used to teach TV production to high school students in North Miami, I remember often walking into class and my students were already gathered around talking about the stories they wanted to cover and when I would ask if they needed help, they would tell me “no, you already taught us how to do this.”

What are you hoping students take away from your research and your expertise in this field?

I want my students to hunger for the truth whether or not it is something they end up agreeing with.

What advice would you give to journalism students?

My advice—not everything you end up doing is going to be on your radar, but that can also be where you are supposed to go in life.

Given your expertise and advocacy for the First Amendment, how do you feel about free speech rights and social media, and should there be more regulation?

Do I think we should regulate the internet more? I don’t know. I think people should be held accountable for their speech, but when we first opened the gates to the “www.” there was nowhere near enough regulation and I do not think we really knew what we were getting ourselves into.

The First Amendment gives people voice and when you give people voice, you also give them power. So really, I think it is going to take a lot of time and a lot of intelligent people to figure out how to tame social media because people are not giving up their microphones – which is also why I believe we need train people to learn how to think, so they can see information on the web and have the ability to make sound decisions for themselves.

PrevPrevious StoryDebate is back at FIU!
Next StoryCARTA departments nationally and locally ranked for excellence and valueNext