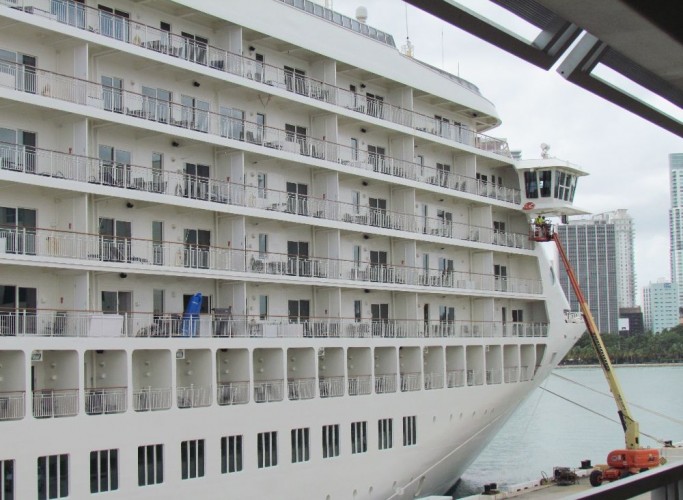 “Imagine the ultimate lifestyle that comes with combining a private yacht and a luxury vacation home,” says the website for The World. “A home that takes you all around the globe, allowing you to wake up to new scenery outside your private veranda every few days.” The World, launched in 2002, floats at 644 feet. It includes 165 individual homes and involves special programming that is determined by the ship’s residents. The ship also involves in-depth expeditions and a unique Enrichment Program, which brings onboard expert guides and lecturers in various fields of expertise, such as diving, wine tasting, and world cultures. The World‘s residents are a diverse group, comprising of individuals from 19 different countries. (Source)

As the FIU students boarded the ship, they were greeted by Suzanne Gayle, the Enrichment Manager at The World. The students then attended a lecture by Anna Storbraaten of Yran & Storbraaten Architects A/S, who designed the ship. Storbraaten told the students about the firm and about the design of the ship. Storbraaten explained how the residents of The World are allowed to have their own designers and can use materials and furniture pieces that do not necessarily comply with the ship’s design. This freedom is given to the residents because of their small population on the ship, which usually has between 80-100 occupants at one time. Among the residents, the length of time of occupancy could range from 3 days to a year. In addition to this special lecture, the FIU students learned on The World that its public areas are compliant with standards set by the International Maritime Organization (IMO) and Safety of Life at Sea (SOLAS)

The FIU students also got a sneak preview of the plans for refurbishment of the ship’s aft platform and visited the on-board golf course, pool area, billiards area, restaurant, tennis court, and non-denominational chapel. The students also enjoyed talking to design representatives at the yacht and design trade show that was occurring on The World during their tour. 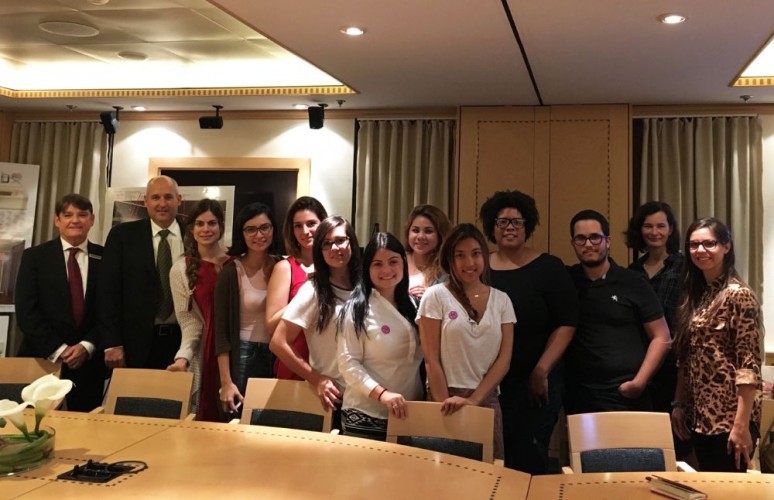