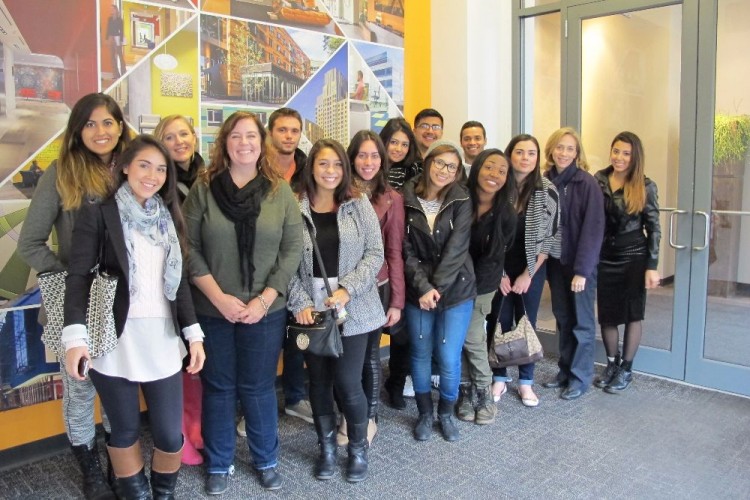 In order to broaden our students’ experience of design and the world around them, the department offers field trip opportunities to students within our top ranked graduate program. This fall, from September 30th to October 3rd, students in the FIU Interior Architecture Graduate Design I studio took a trip to Boston to see prime examples of restaurant design and adaptive reuse.

During their trip to Boston, Interior Architecture students visited examples of adaptive reuse such as the Liberty Hotel (a former jail), Liquid Art House (a former school), Bastille Kitchen (a former textile factory), Restoration Hardware (a former Museum of Natural History), and the Isabella Stewart Gardner Museum ( a former residence). They also took a tour of the firm, ADD Inc., enjoyed a lecture at the Institute for Human Centered Design, and visited Newbury Street, Faneuil Hall/Quincy Market, and Salem, which lies only an hour away from Boston.

In addition to seeing adaptive reuse firsthand, students visited other well-known restaurants in Boston to examine interior design, including L’Espalier, Stephanie’s on Newbury, and Eastern Standard.

Upon returning to Miami, students will take what they learned in Boston about adaptive reuse and incorporate it into their classroom curricula at FIU.