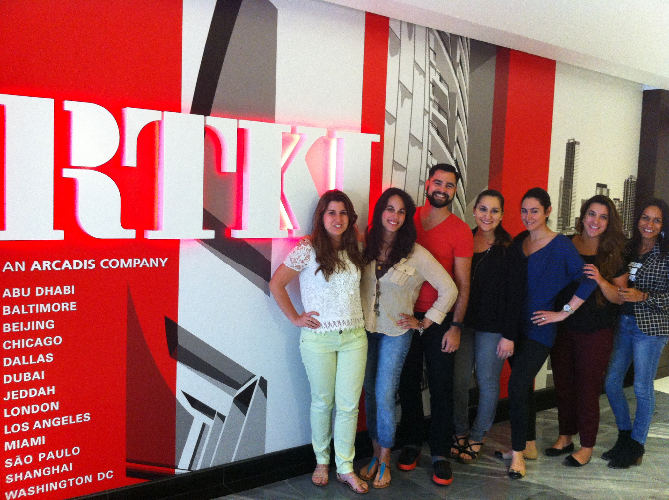 RTKL, in coordination with Janine King, Chair of the Interior Architecture Department and Associate Professor, is currently teaching the studio involved in the CSSY Design Certificate program. RTKL is a global design practice, with offices across the globe in locations like Baltimore, Chicago, São Paulo, London, Abu Dhabi, Dubai, and Beijing. The firm designs for retail projects, entertainment projects, hotels, corporate offices, and healthcare facilities, among other venues. RTKL also works with cruise ship companies, and it is for this reason that the firm decided to join FIU in teaching Interior Architecture students taking the CSSY certificate program, which is the only one of its kind in the United States. The entire RTKL team, which includes FIU alumni, mentors the ten students that attend classes at the Coral Gables offices every two weeks.

RTKL has long supported the Interior Architecture Department’s Cruise Ship and Super Yacht design program. Greg Walton, Vice President of RTKL Miami, taught the one of the first studios at FIU dealing with cruise ship interior design. He is proud to continue this connection between RTKL and FIU College of Architecture + The Arts. “I think it’s really beneficial for the students,” said Walton. “We decide to give them a ‘real world’ assignment….” Walton explained how, in one instance, RTKL assigned the students to redesign a state room on existing plaza vessels for the Chinese market, an actual project presented to the firm by Royal Caribbean. Walton explained how the students, divided into groups of two, were assigned to produce budgets and adjust to the professional time frames. He was impressed by the outcome of the assignment. “They all looked like they came from a professional office….They all really thought outside of the box, which is part of the assignment….Each team of two did an amazing job.” Walton noticed how exposing the students to a professional environment encourages them to work even harder. “It is a very talented group of students,” he said. “We [at RTKL] were quite impressed.”

Walton considers the FIU students enthusiastic and exceptional. “…[B]y being involved with a school like FIU and a program like this…it keeps our eye on who’s coming out of school and who we would like to have come and work here [at RTKL]. We have a lot of employees that went to FIU that work here, and so, it’s nice to say, We get the cream of the crop….'”

On Tuesday, April 15, the CSSY students will present designs of a small spa on one of the ships RTKL has worked on for Regent Seven Seas Cruises. Students are assigned a small space within the spa to design.

The Interior Architecture students participating in the Cruise Ship and Super Yacht Design Certificate Program are: